His tweet claimed that Paraguay will legislate on Bitcoin in July. This would come as part of a movement from less developed countries to stabilize their financial systems. The idea also stems partially from the exchange rate of the Paraguayan guarani to the dollar. 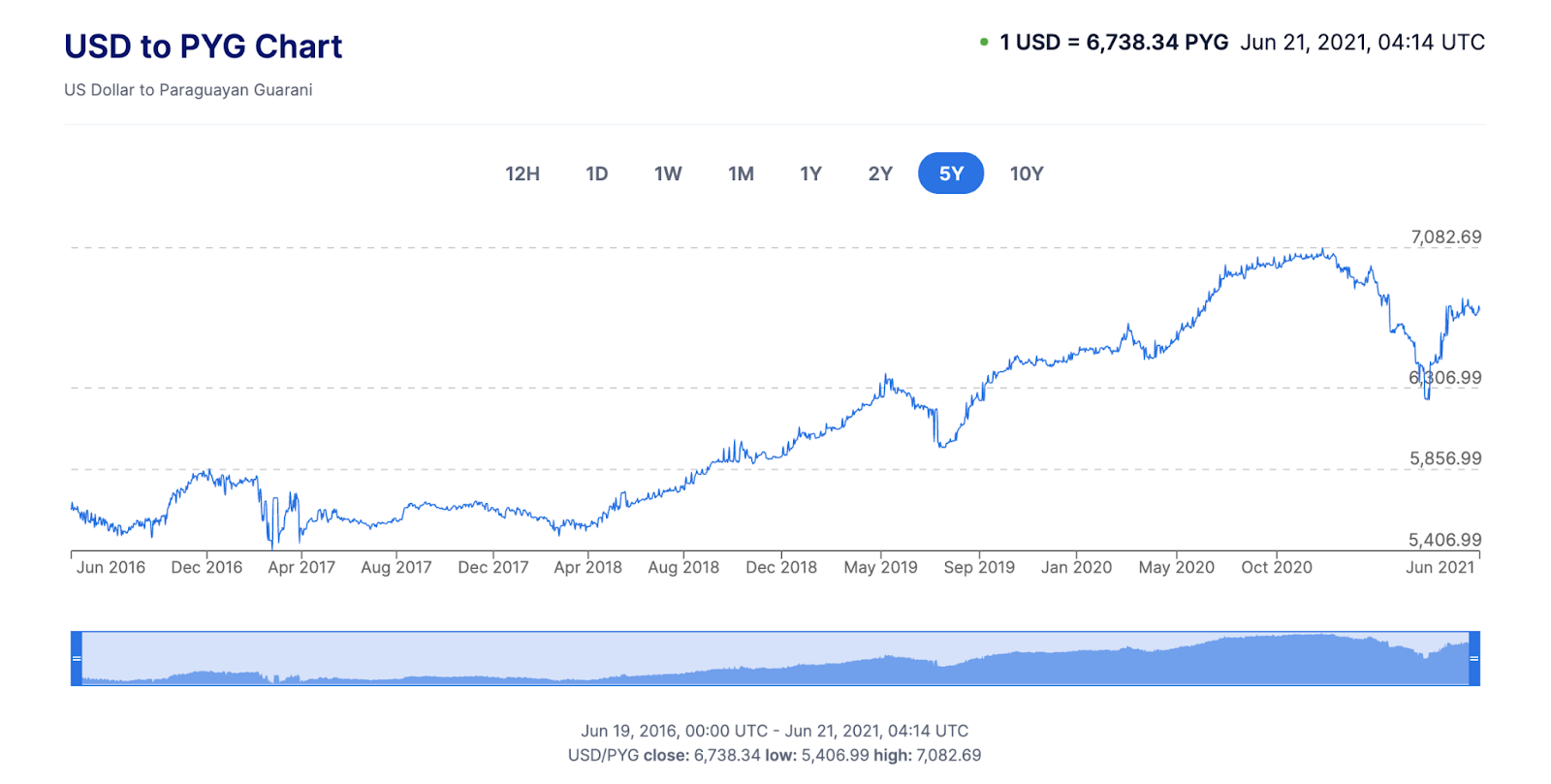 Over the last four years, the guarani has weakened by 15-20% against the dollar, but there’s also the devaluation of the latter after record QE in 2020 to consider.

If Paraguay follows El Salvador, other less developed countries could join this trend and boost bitcoin as a global currency in addition to a store of value. Bookkeeping and taxation might face confusion given that the US dollar is still the global standard, but the rise of a ‘bitcoin standard’ now seems increasingly possible.