Bitcoin’s upward movement against most currencies including the won has continued since the end of last week. BTC-KRW has now completed a fourth upward swing, showing strong pressure to the upside. The possibility of a decline in the near future is no longer very visible.

Once again the most important high resistance here is the area of summer 2019’s highs, somewhat above the top of this chart. The most important low support is the area of ₩9.7 million. As with last week, though, it’s unlikely that the latter area could be tested anytime soon. Instead, there are key zones before price reaches this area.

Moving averages continue to give a strong buy signal because the 50, 100 and 200-period SMAs are all successively above each other. The intersection of the 50 SMA from Bands with the bottom of the Fibonacci fan (61.8%) seems to suggest this area’s importance as the source of the next upward wave.

ADX does not give a clear signal at the time of writing. The -DI is only slightly above the +DI; however, the main factor is a comparison between price action on the chart and what ADX is saying. MACD gives a sell signal, with the histogram somewhat below the signal line. In both of these cases, though, we should remember that such figures are fairly normal as indications of a retracement and consolidation as opposed to a reversal.

There is no sign of saturation from either RSI or Bollinger Bands. The former is close to neutral at 45 while the latter’s upper deviation is significantly above the current price.

Recent price action is indicative of a somewhat greater volume of trading. This is because the candlesticks themselves are larger and the reaction to correct from the latest upward movement was somewhat stronger. The large tail from yesterday’s candle around noon GMT would suggest that buying demand remains very strong.

As noted above, the 61.8% area from the Fibonacci fan could function as an important ongoing support for this uptrend if it continues. The near-term target (or main target for short-term traders) based on Fibonacci is likely to be the area of 50% close to yesterday’s highs. 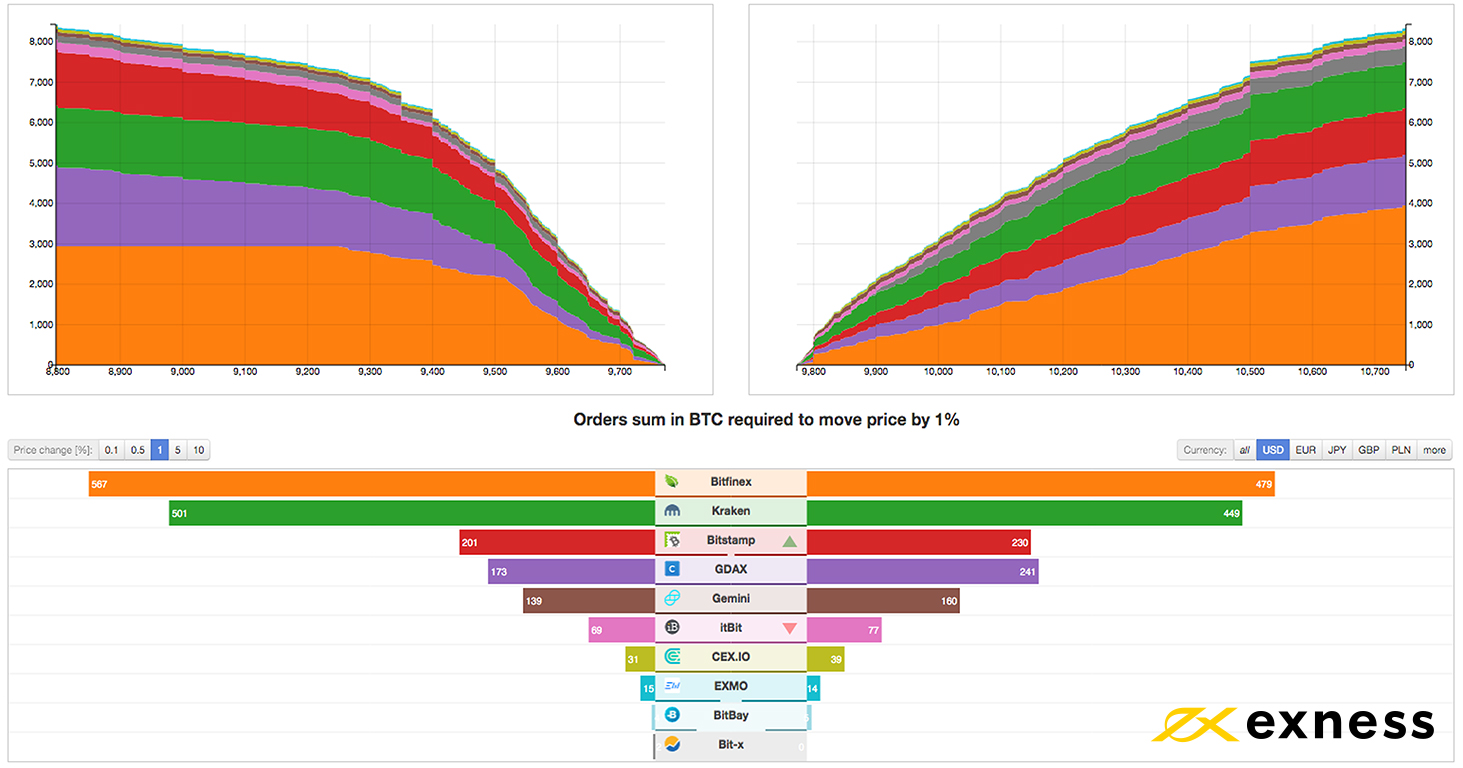 Based on BTC-USD as opposed to BTC-KRW for which data is insufficient for a reliable signal, the picture from the order book is pretty consistent with consolidation. Asks and bids are nearly identical in current volume; one might infer that a number of traders are taking profit after the end of the latest wave. The volume required for downward movement is slightly greater than for upward, so based on this it seems that bitcoin’s gains could continue. 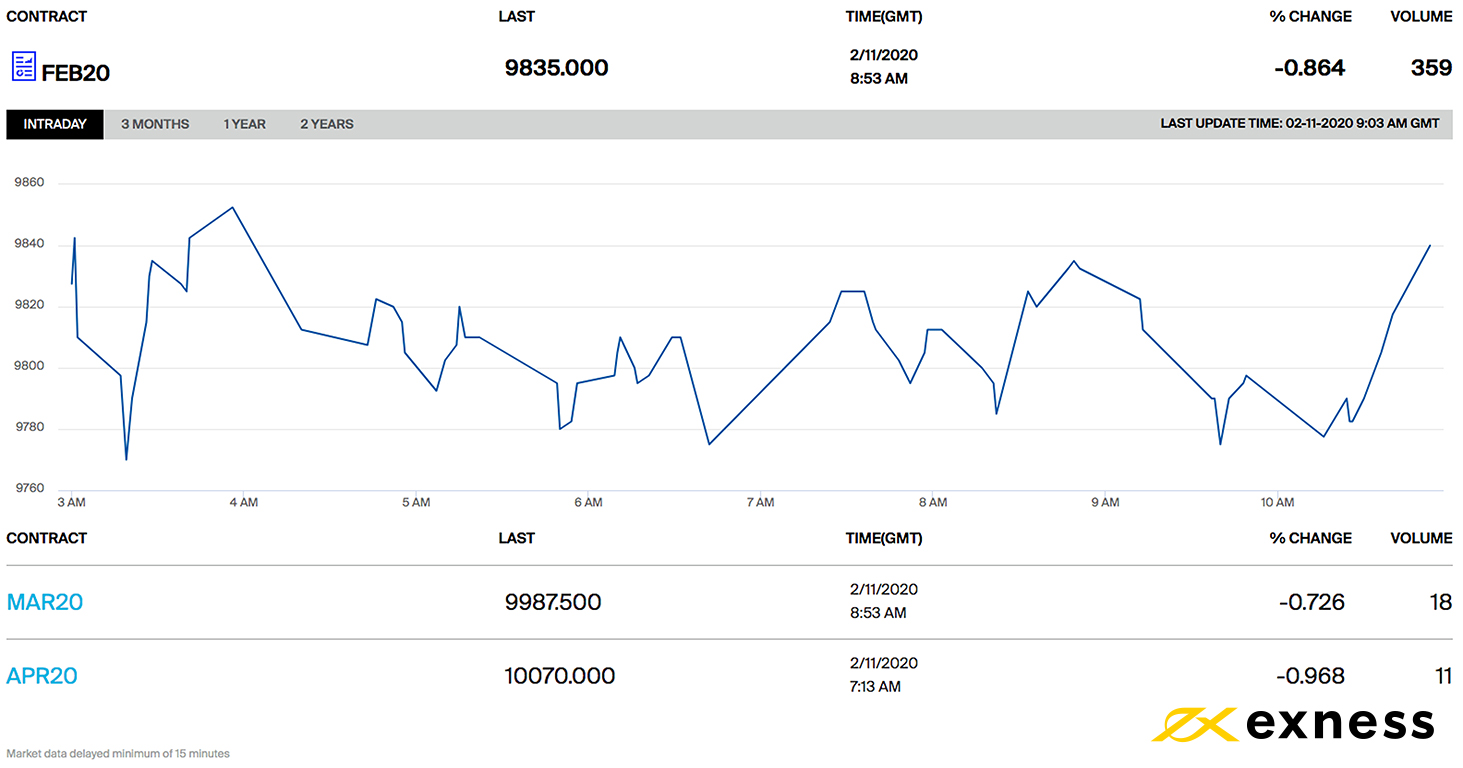 BTCF has been somewhat volatile so far today GMT amid higher volume and the clear picture of consolidation for spot bitcoin. While there’s no overall direction for February’s futures today, in general there is no immediate sign of a significant decline to occur.

Futures for next month and April remain successively higher, with April’s in particular moving above $10,000 for the first time this year. On the other hand, the very low volumes for these months (18 for March and 11 for April) mean that these signals should not be relied upon too much.

In general it appears that downside scenarios have disappeared for the time being for bitcoin-won and the current consolidation will probably resume with another upward wave. The key signals of a resumption would probably be MACD moving back into buy territory and price bouncing from the lower area of the Fibonacci fan. However, as always with crypto, traders should be prepared for surprises.