Bitcoin has continued to make losses against the won this week amid overall chaos crypto as well as other markets. Click on the image to magnify. BTC-KRW reached two-month lows in the early afternoon today GMT. Today’s technical analysis of BTC-KRW looks at some of the areas which might be important into next week on this four-hour chart.

The most important high resistance on this chart is likely to be the source of the current downward movement, the key psychological area of ₩12 million. A number of other areas will probably function as resistances before this though if price starts moving back up. Low support could be December’s low of around ₩7.5 million, but at the time of writing there is no very clear support on this chart.

Moving averages continue to display a strong sell signal, with each of the 50, 100 and 200 SMAs successively below the others. The 100 SMA has moved further away from the 200 this week. The initial resistance from MAs could be the 50 SMA from Bands at around ₩10 million.

ADX also suggests a strong downtrend at 35, with the -DI more than triple the +DI. MACD is somewhat less clear though with the histogram having actually moved above the signal line for several periods earlier today. RSI at 28 indicates oversold.

The current pattern which is still in the process of developing appears to be three black crows. If the current candle completes with a large downward real body, this would usually be considered a strong sell signal. However, traders should not act until the pattern is completed; a retracement upward also remains possible given the current selling saturation.

The same Fibonacci fan from the previous TA of BTC-KRW remains active for now, with price generally moving within a widening channel. A close of the current period below the 38.2% area could signal a sharp drop within the next few periods. As above, though, it would be particularly risky to assume this before the end of the current period.

There seems to be a fairly large amount of pressure behind bitcoin’s recent movements downward. This applies for both bitcoin-won specifically and other pairs with bitcoin. 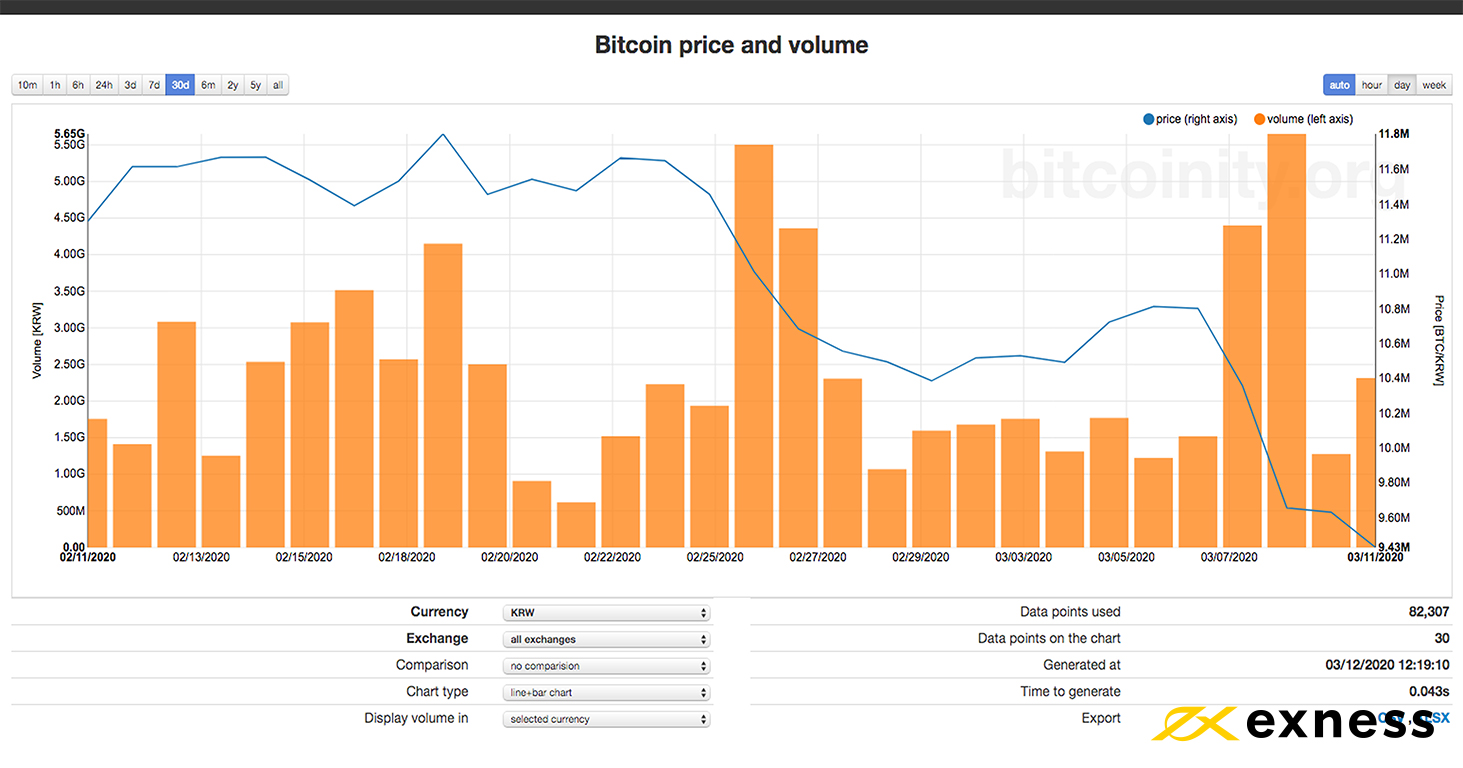 Click to magnify. The image sheds some light on the high volumes of around ₩5.5 billion accompanying each of the two downward waves on the four-hour chart. Volume for today also seems to be supporting the movement lower.

Every major BTCF contract available has suffered a rout today, with March’s contract in particular declining by around 7% since midnight GMT. 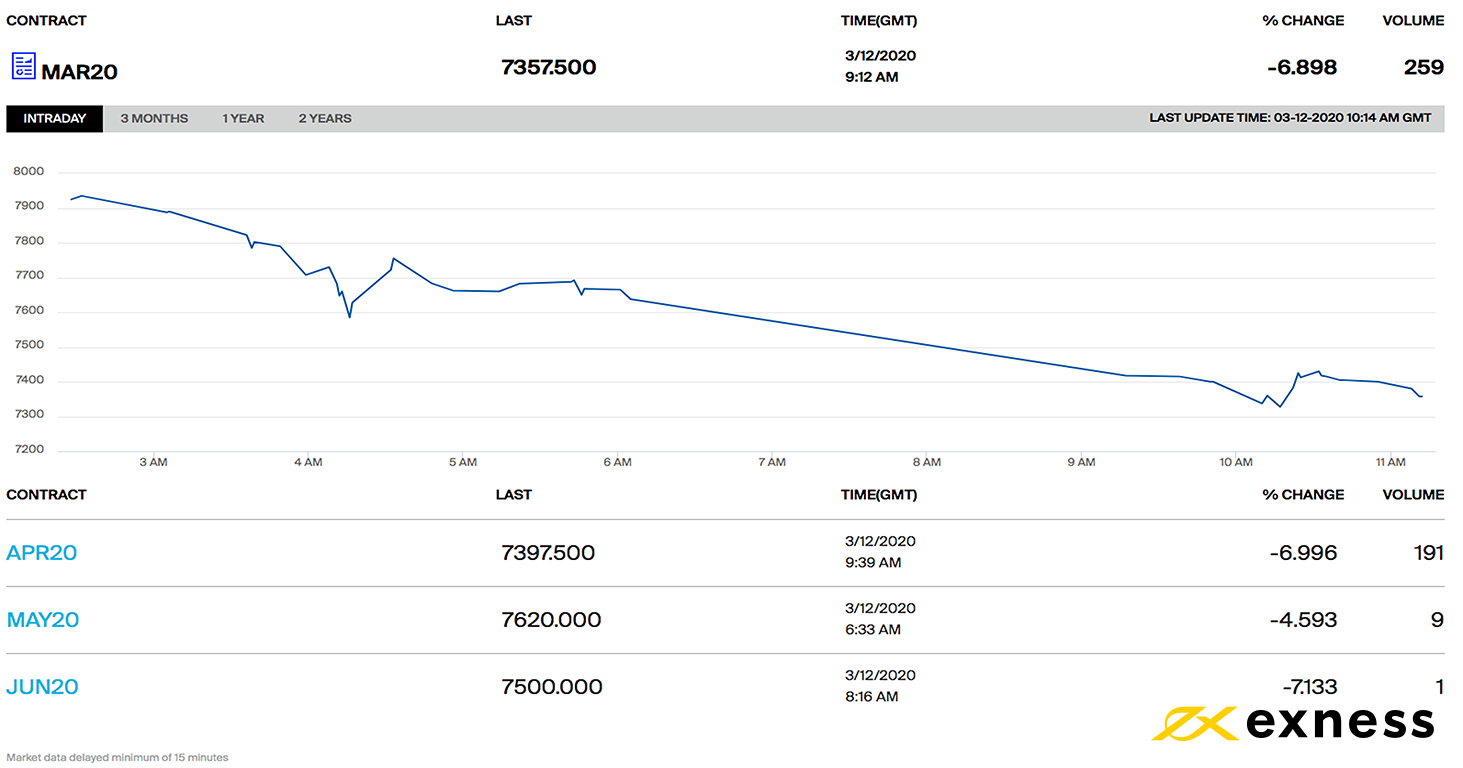 The fairly high volume of 259 accompanying this move downward supports the impression from spot price v volume that sellers are gaining confidence. Click on the image to magnify. April’s contract with not much lower volume also lost about 7%.

The technical picture for bitcoin-won is overall very negative and more losses seem to be favourable into next week. On the other hand, the presence of selling saturation might result in a bounce.