There’s been a fairly deep retracement by BTC-KRW so far this week. Price has retreated quite sharply from areas close to the recent high of around ₩12.4 million. The current area of ₩10.7 million is close to a month low.

High resistance on this timeframe is likely to be the latest highs from the second week of February. However, it would probably be some time before price could retest this area. Low support seems to be around ₩10.4 million from which price bounced fairly strongly this morning GMT.

Moving averages are mixed overall. The 50 SMA from Bands completed at death cross of the 100 at the end of last week. However, the 100 SMA remains above the slower 200 moving average. The near-term resistance that’s likely to be most important from MAs is probably the 200 line in a zone around ₩11.35 million.

The clearest signal from indicators here is oversold. Price closed 8 times in a row outside the lower deviation of Bollinger Bands. RSI at 25 also suggests selling saturation. For short-term traders, it would be a big risk to sell here.

ADX indicates a runaway downward trend on this timeframe at 53. The -DI’s value is almost triple that of the +DI. Momentum downward though seems to be slowing somewhat based on MACD. We can observe that the histogram is closing the gap with the signal line since this morning GMT.

The clearest signal from price action is the last candle but one with the very long tail. This did establish a new low close but the strong reaction upward from areas around ₩10.4 million suggests that buying demand remains high. The last period’s engulfing candlestick would often be taken as a buy signal but one should be cautious given the long tail before it.

The key area from Fibonacci in the near future is likely to be the 38.2% zone of retracement. 23.6% doesn’t appear to be very important but given that it’s just inside the lower deviation of Bands now it’s possible that resistance could occur here as well.

There is no clear signal from the combined order book of BTC-KRW at the time of writing. Volume of asks and bids is basically at parity and combining the sum of orders from Bithumb and Korbit also gives a nearly equal sum needed for movement in either direction. One might look instead at the dollar for more data. 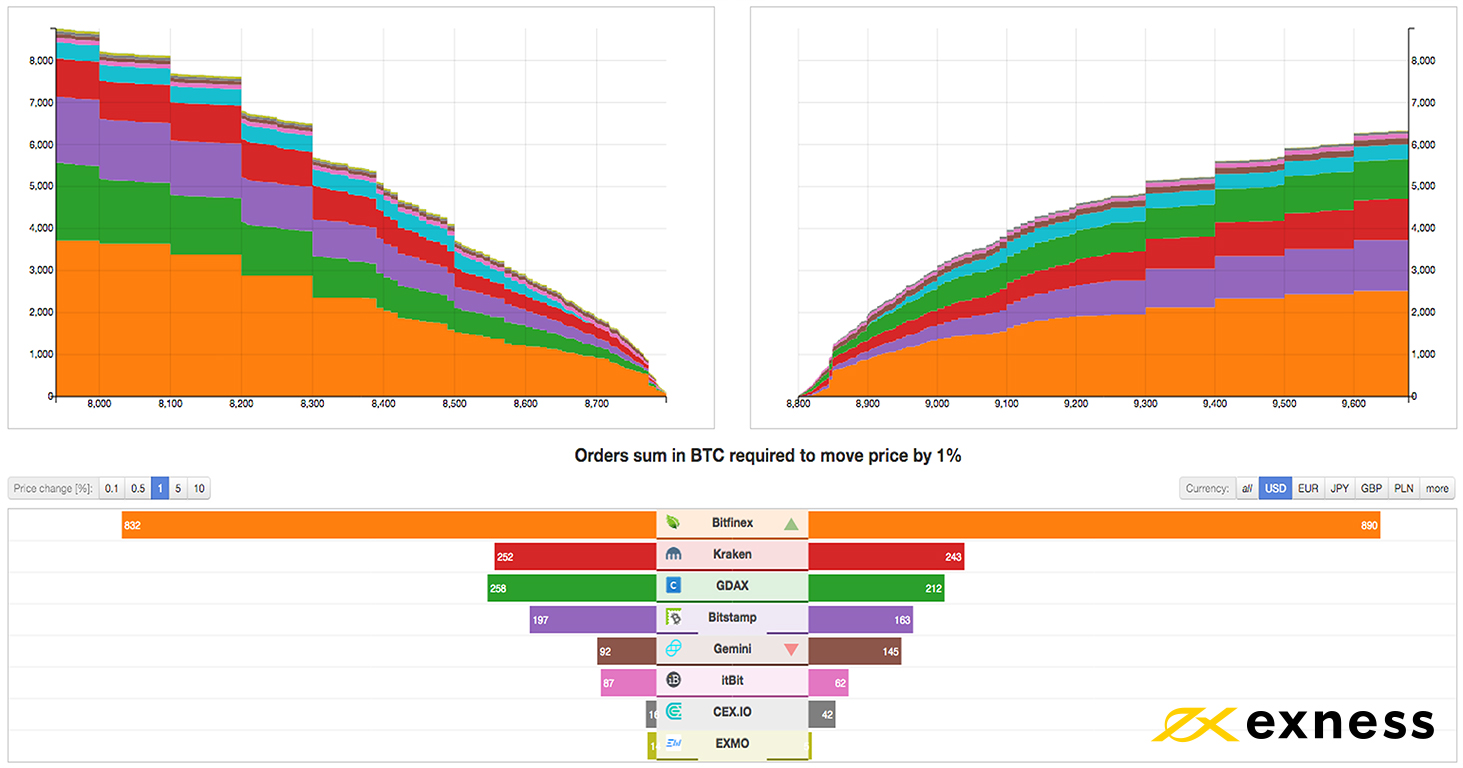 Here it can be noted that the volume of bids is significantly higher than that of asks across all exchanges. However, there have been fairly sharp fluctuations this morning. The large sum required from movement (based on Bitfinex especially) would suggest that there is an element of indecision among traders as to which way to go.

Volume for March’s future contract has been extremely high so far today GMT compared with the average over the past few weeks. 983 is some of the highest intraday volume in 2020 so far for any BTCF contract. 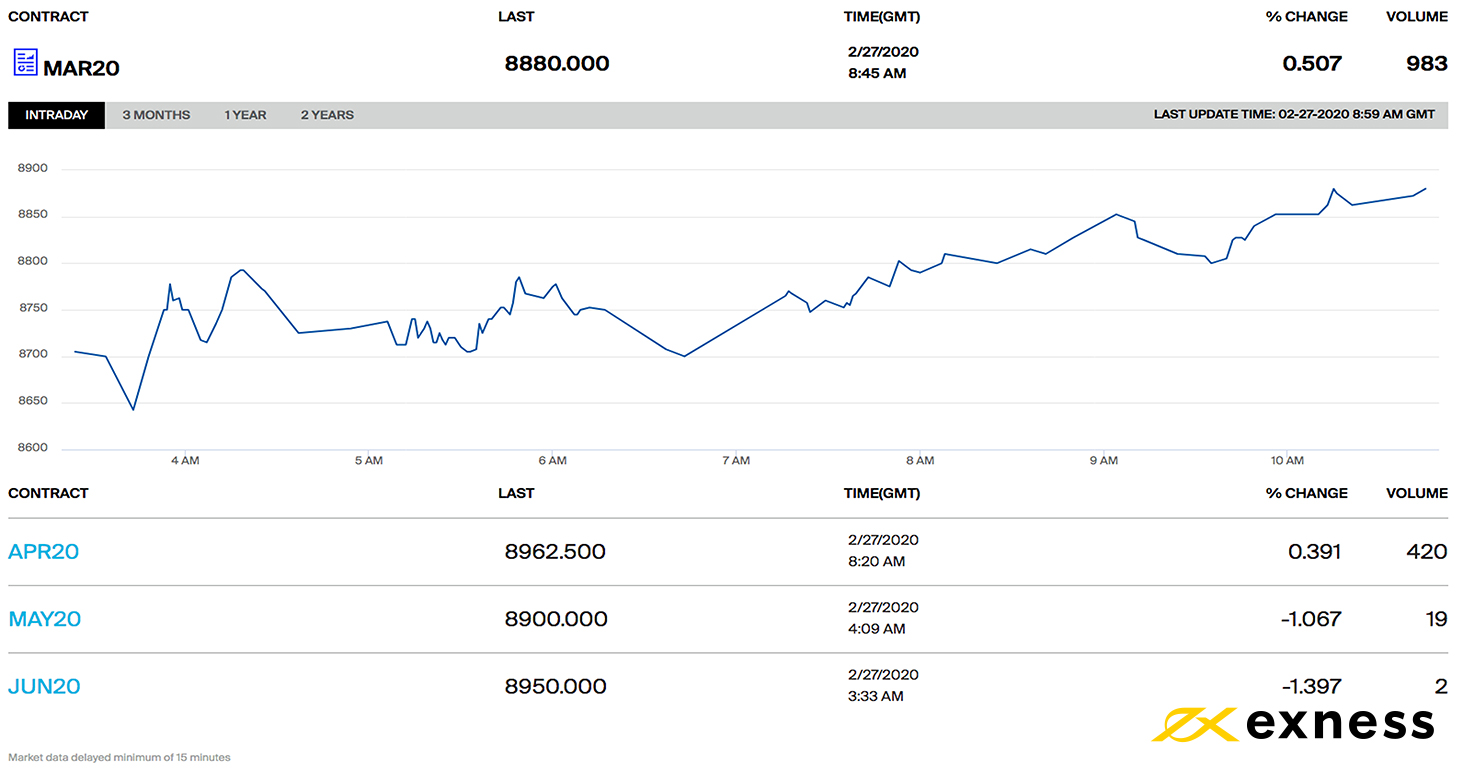 So far this contract has been making fairly steady gains today, adding 0.5% since 4.00 GMT. This comes after a fairly sharp fall over the week as a whole.

Volume of 420 for April’s contract is also unusually high. This has come with the price of April’s BTCF also going up fairly steadily so far today. Futures overall would suggest a buy signal then for spot CFDs on bitcoin.

The general picture from indicators and other sources seems to suggest a bounce for bitcoin sooner or later. The main questions are the extent of this and when it might happen. Answers to these might be found by analysing how BTC-KRW reacts when (or if) there is no longer any sign of oversold based on the stochastic and Bands.