Bitcoin has continued to retrace upward against the won in the second half of March on the daily chart after the crash on the 12th. Click on the image to magnify. BTC-KRW is currently trading a bit below the important psychological area of ₩8 million. Today’s technical analysis of BTC-KRW takes a look at some of the areas on the daily chart that might be significant over the next week.

The most important high resistance on this timeframe is February’s high of around ₩12.35 million, while low support is the low point on the chart around ₩5 million. Neither of these fairly distant areas are very likely to be tested soon, though. Other closer technical areas will probably be more important.

Moving averages print a fairly weak sell signal at the time of writing. The 50 SMA from Bands is about to complete a death cross of the 100 SMA. Any attempt to move strongly upward in the near future would probably be capped by the former. Looking further ahead, the value area between these MAs could be an important zone of consolidation or retracement.

ADX indicates a moderate downward trend at around 23, with the -DI higher than the +DI by about five. MACD (12, 27, 9) continues to display a weak buy signal; the histogram has remained above the signal line for about two weeks now. RSI at 50 meanwhile shows no indication of saturation and is actually close to neutral. Price also remains well inside the lower deviation of Bollinger Bands.

Recent price action over the past couple of weeks indicates a degree of indecision. Initial attempts to break through the 50% Fibonacci retracement area were unsuccessful and formed a pair of dojis. Yesterday was an engulfing candlestick, which would usually suggest a buy signal on this timeframe.

On the other hand, the 50% Fibo seems to be quite a strong area, having been tested twice without success in the second half of March. The picture from price action and Fibonacci seems to concur with the indicators in suggesting consolidation.

As is customary, the combined order book for BTC-KRW features insufficient data for a reliable signal. Volume of asks and bids is basically at parity. We can look instead at bitcoin-dollar for a greater volume of information. 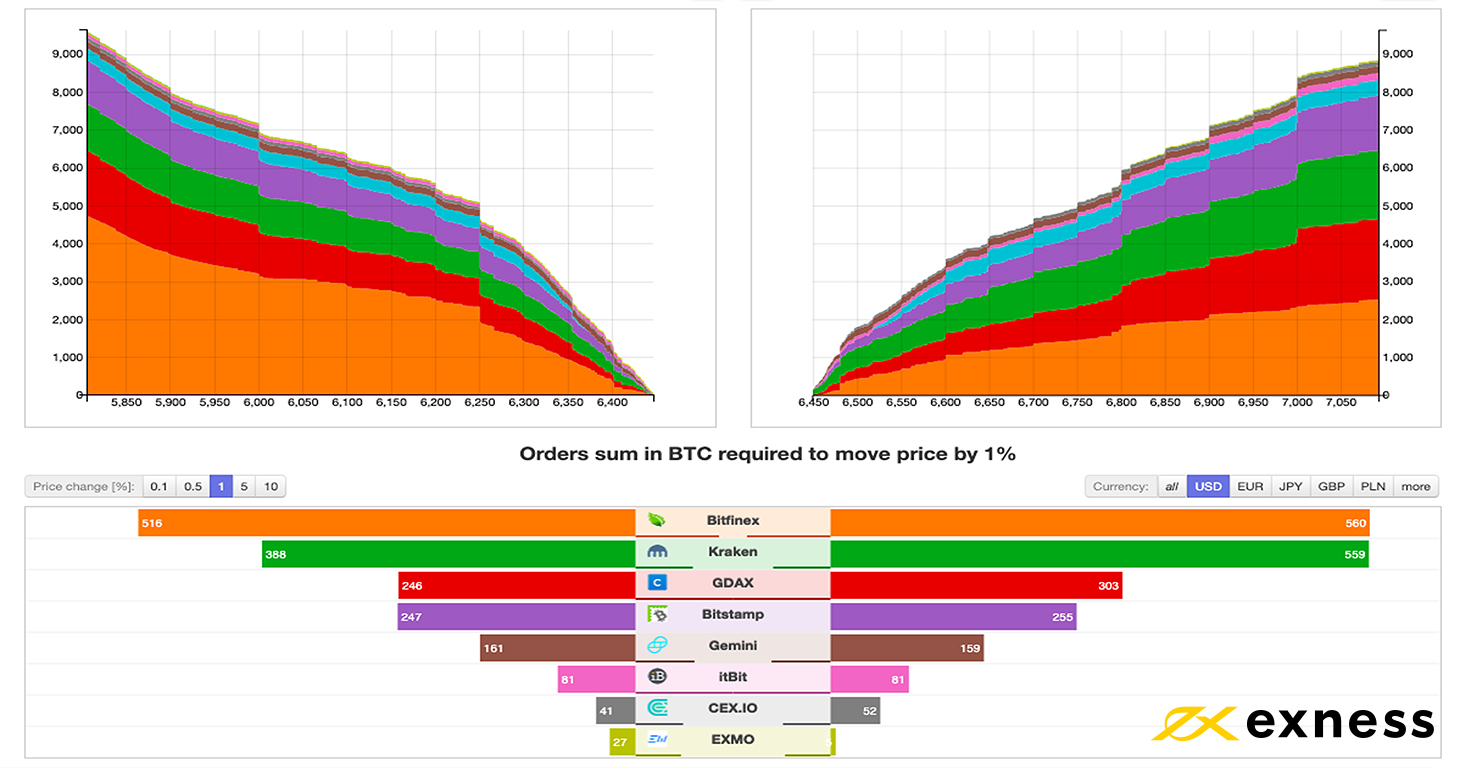 Here we can see that the volume of bids is slightly higher than asks although not to the degree that one can derive a sell signal. Click on the image to magnify. The sum of orders needed for upward movement is overall very slightly higher than that for downward, but this is also not enough for most traders to consider buying. On the whole, these figures seem to align with the impression on the charts that consolidation and relatively lower volatility are likely over the next few days.

It must be noted that the volume of trading for futures on bitcoin has been low so far this week compared with what was generally common earlier this month. The combined volume for April and May’s contracts is only 200 in total. 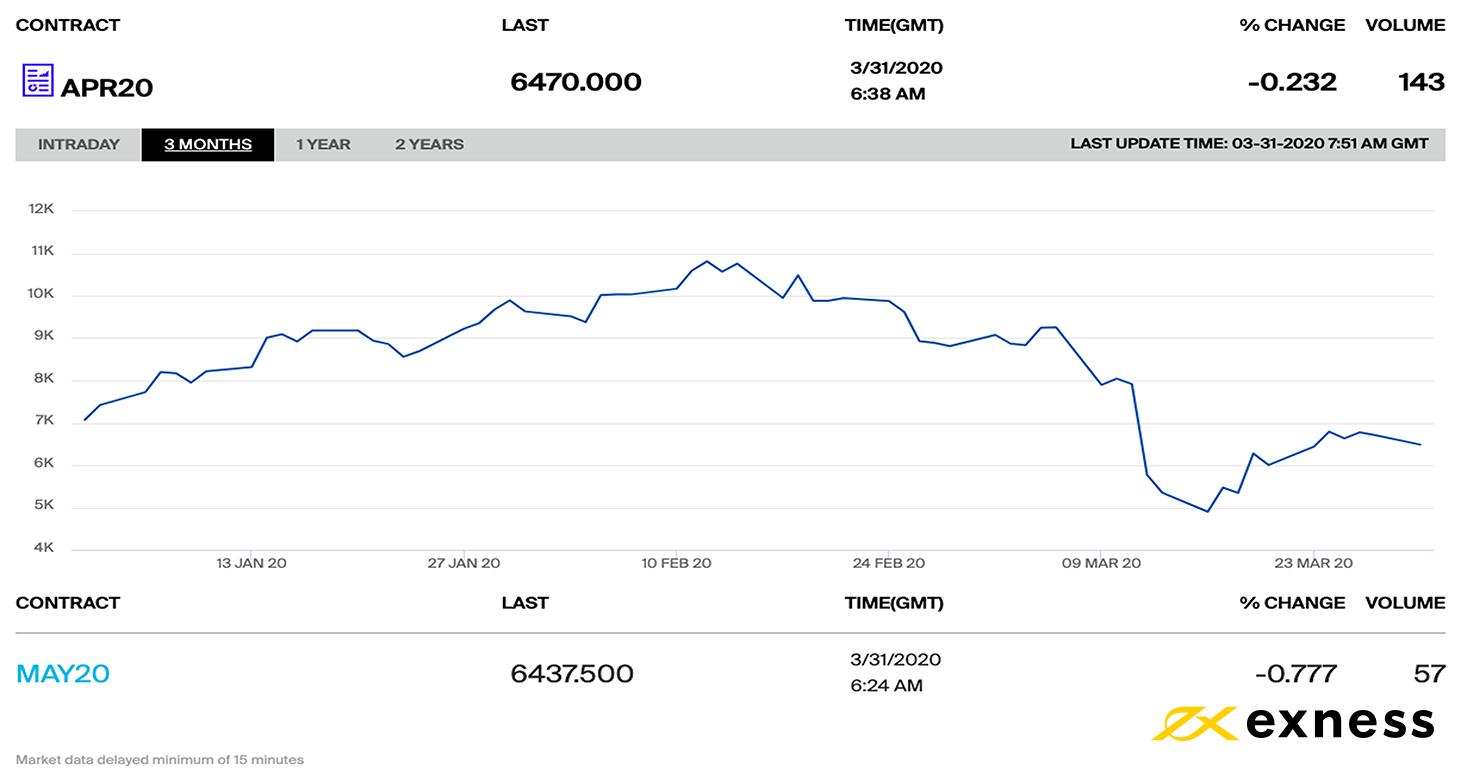 Both months’ contracts have made small losses so far today GMT, so one might expect that these would be reflected with a small pullback for spot bitcoin as well. Click on the image to magnify. Such a pullback could provide an opportunity to enter for short-term buyers. However, caution should be taken because lower volumes for futures are likely to result in less reliable signals.

The general impression from charts, orders and futures is that bitcoin might continue to consolidate around the current area in the near future. Depending on the signals from indicators on lower timeframes, there will probably be short-term opportunities in both directions this week.

Traders should of course remember that volatility and instability in other markets can also affect the price of bitcoin. Further panic selling (or buying) of gold, shares and other instruments would be likely to result in more instability for BTC-KRW.