Bitcoin-dollar made strong gains last night GMT to test the key resistance around $10,000. Click on the image above to magnify. This morning’s top above $10,300 was a high of about four months. Today’s technical analysis of BTC-USD looks at areas of importance on the four-hour chart plus futures and deliverable volumes.

The current area of resistance which is still being tested is likely to be critical over the next few days. Low support on this chart is probably the depth of the latest retracement around $8,700.

Moving averages print a buy signal at the time of writing with the 100 and 200 SMAs sloping upward and the former higher. The 50 SMA from Bands is likely to complete a golden cross of the 100 within the next few periods. The key support from moving averages then is the value area of all three lines around $9,250.

Bollinger Bands (50, 0, 2) indicate overbought, there having been three successive closes outside the upper deviation. The slow stochastic (15, 5, 5) though at 74 does not suggest saturation. Volume here remains more-or-less consistent with the average in most of May.

Recent price action especially the large up candle last night suggests a buy signal. Yesterday’s final period with its large real body and relatively small wick could be seen in the context as signalling ongoing gains. We can also observe reluctance last week to move significantly below the 200 SMA.

The Fibonacci fan here based on the daily charts gives us an important insight into support from the top line, the 38.2% area. This has been a fairly strong support on this timeframe for several weeks, so one would probably expect to see a bounce if price retests this area in the near future. 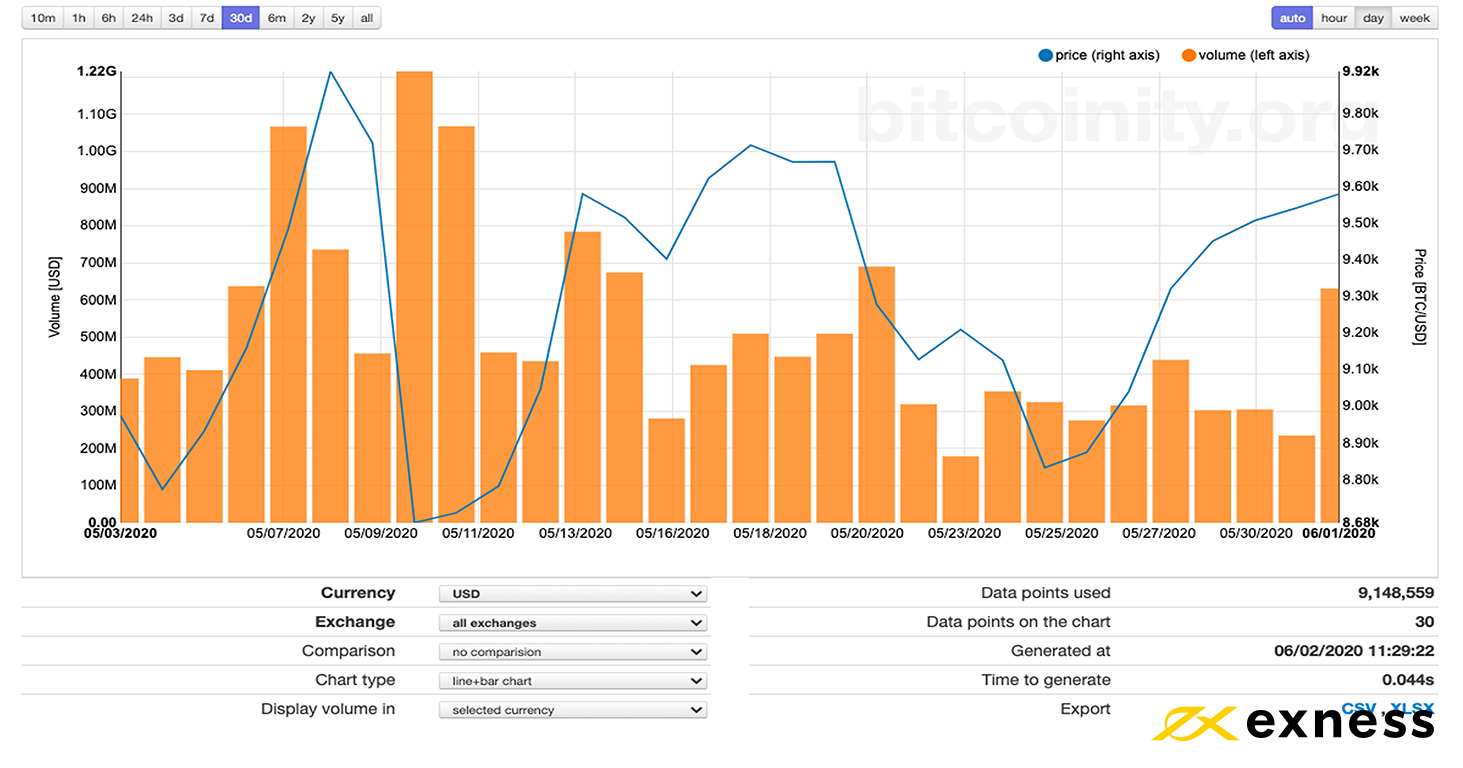 30-day prices against volumes demonstrate that traders are buying both dips and strength. Click on the image to magnify. The highest volume here above $1.2 billion came during the retracement on 10 May.

The fact that spot BTC-USD has now moved up significantly from $8,700 would usually suggest that this is buying volume which might support ongoing gains. It’s reasonable to conjecture though that at least some of this was relatively short-term buyers who might now be thinking about taking profit around the key resistance near $10,000. 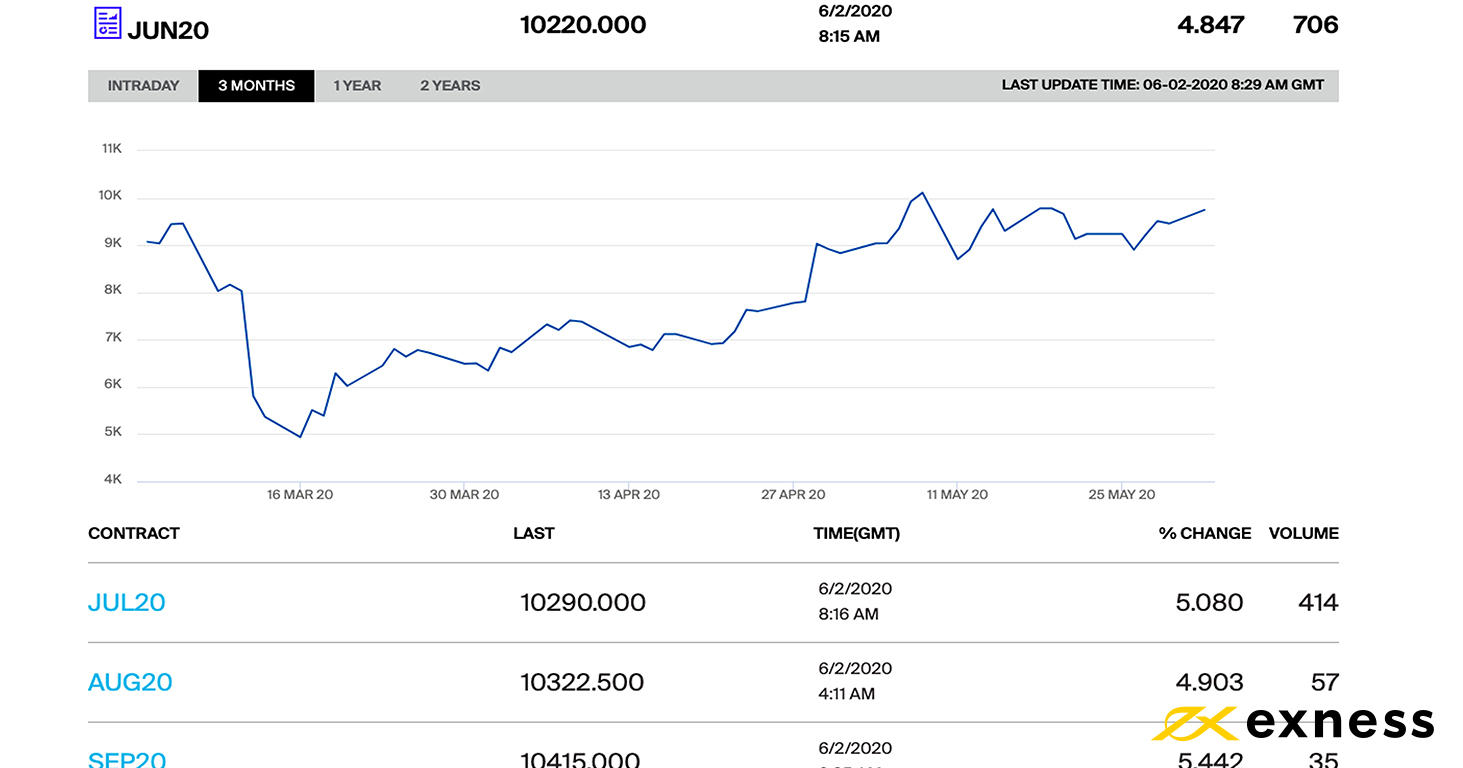 BTCF have made gains overnight much like spot CFDs on bitcoin although these are somewhat less pronounced given the shallower retracement by the former. Click on the image to magnify.

Bigger gains for September’s contract and an overall slight increase in the contango today would usually be taken as signalling more gains over the next few weeks. On the other hand, with the three-month difference less than 2%, this signal in itself isn’t the strongest.

The technical picture for spot CFDs on BTC-USD suggests continuation sooner or later. Conversely, consolidation would probably be in view before this even if price clearly breaks $10,000. Futures and deliverable bitcoin’s volume also seem to indicate continuation upward. Any buyers from the current area though should monitor saturation closely.

Thank you for reading Exness Education’s technical analysis of BTC-USD! Join us again later in the week and on Monday for more analysis of the most active symbols. You can also request a symbol to be covered here by commenting on social media.