Bitcoin’s gains continued in the first half of this week although the latest breakout upward was rejected. Fundamentals remain strong, with evidence of inflows of liquidity amid record quantitative easing and the circumstances suitable for many buyers given zero or negative interest in most advanced economies around the world. This technical analysis of BTCUSD looks at the four-hour chart, deliverable volume and futures.

The main resistance here is the latest high around $12,460. The fairly quick downward reaction from here though might suggest a phase of consolidation before this area is tested again. Support appears to come around $11,000 given the very long tail of 2 August’s first period. However, areas from Fibonacci and moving averages are also in view into next week.

Moving averages continue to give a buy signal, with each of the 50, 100 and 200 SMAs successively above slower ones. However, price has now moved below the 50 SMA and is in the same area as the 100. It’s likely that any further retracement would be capped in the short term by the 200 SMA which is current in the important zone of psychological support around $11,000.

The only sign of saturation at the moment is the slow stochastic (15, 5, 5) which gives an oversold signal at about 15. This might mean that a limited bounce is due on lower timeframes. Bollinger Bands (50, 0, 2) have expanded this week, so one might expect somewhat higher volatility tomorrow and possibly early next week as well.

The reaction to the achievement of the latest high was pretty swift and might indicate profit-taking. On the other hand, there doesn’t seem to be much appetite to push lower over the next few periods given elongated tails of several candles since Monday’s high. A smallish bounce seems to be possible given the penultimate period’s doji.

The 50% area of the daily Fibonacci fan remains in focus as a resistance and would probably limit more gains in the next few days. To the downside, the 23.6% daily Fibonacci retracement area is likely to be important as well but as a short-term support. 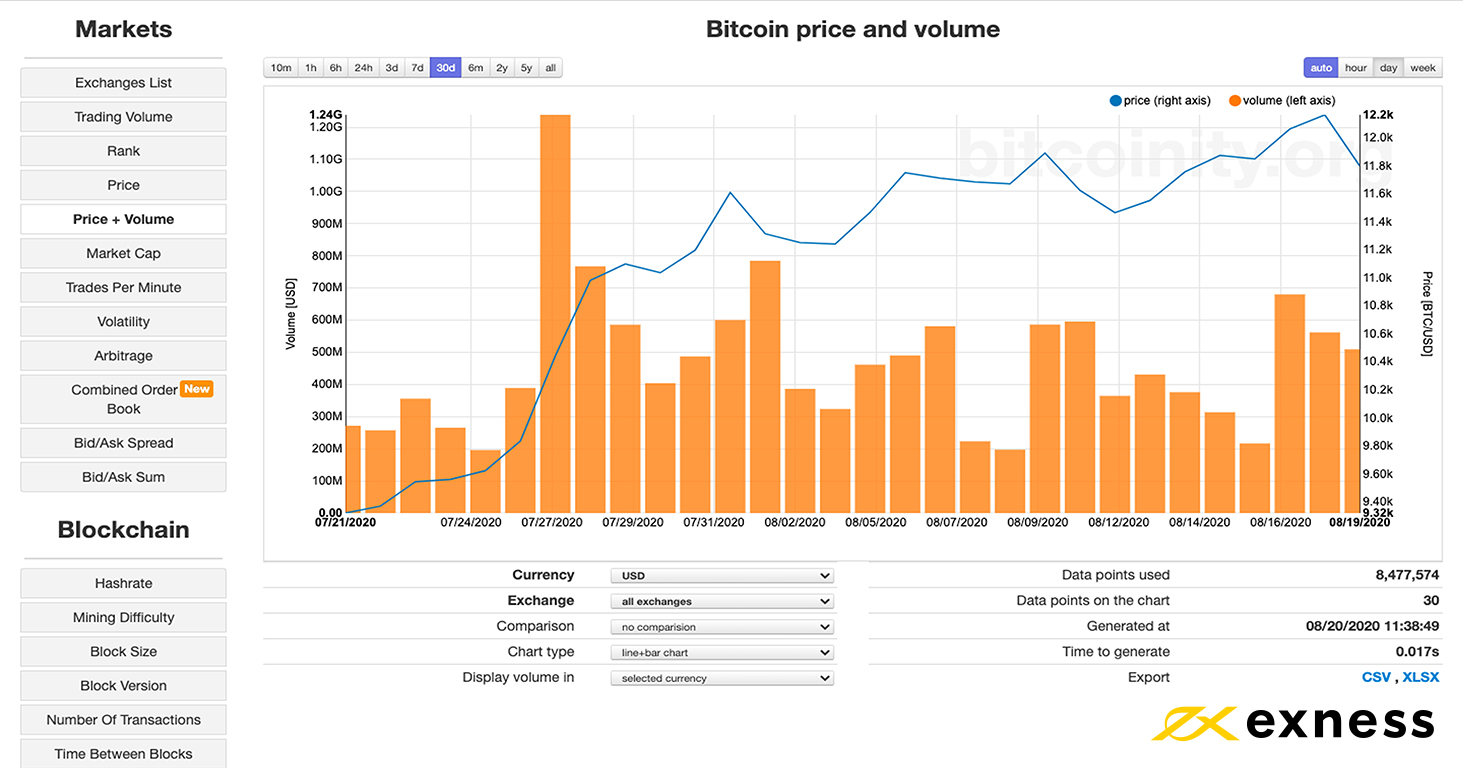 This chart of 30-day deliverable volume on exchanges suggests mainly appetite to buy strength. The very large column worth over $1.2 billion in late July came as the price made gains to new annual highs. On the other hand, the latest retracement downward has also been accompanied by fairly high volume of around $1 billion in total. It’s reasonable to infer that this might be divided pretty evenly between short-term selling and new buyers during the dip. 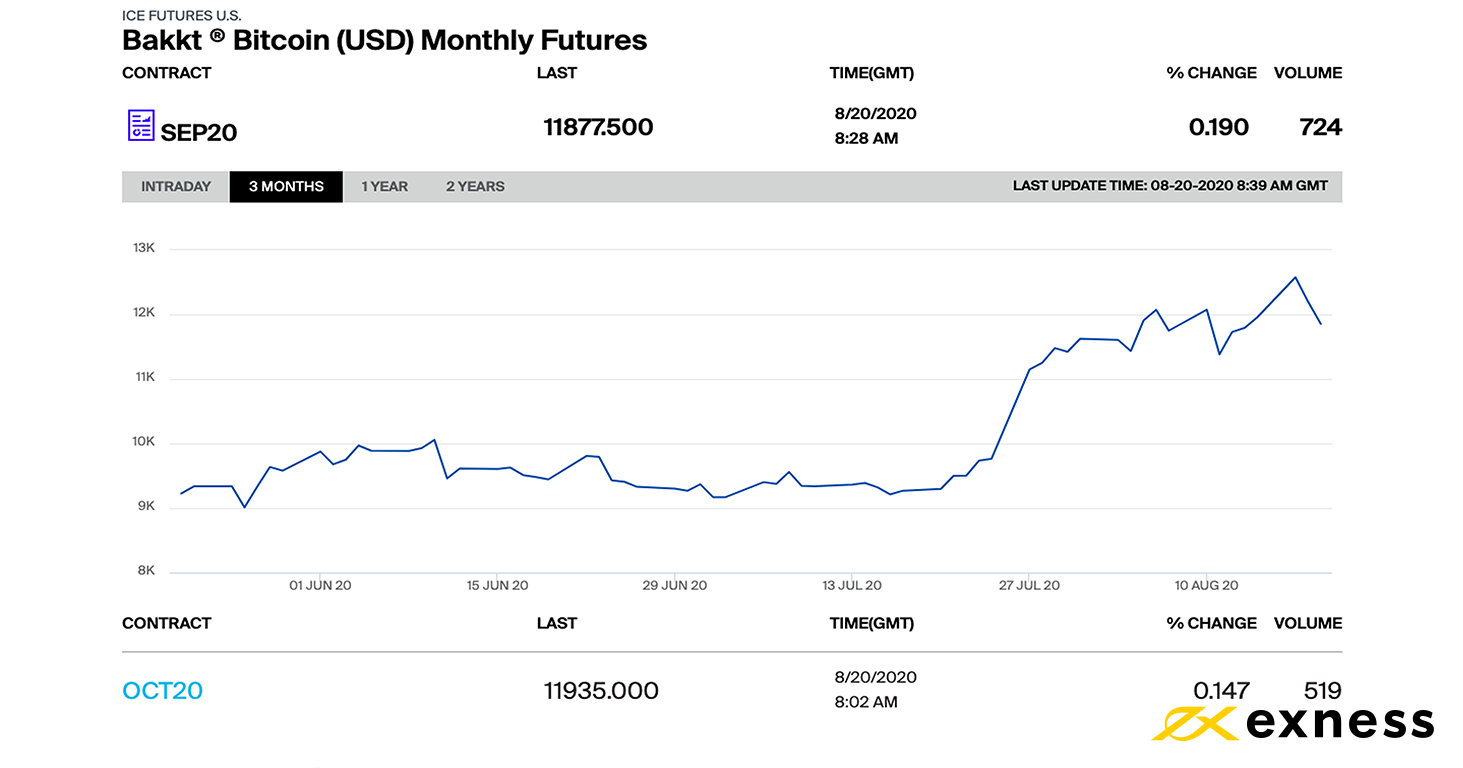 Overall the technical picture for bitcoin is fairly positive although new highs aren’t clearly in sight. Traders should remember though that bitcoin is significantly more volatile than many other CFDs most of the time, so caution is necessary to trade it successfully.

Thank you for reading Exness Education’s technical analysis of BTCUSD! Please join us again on Monday for our weekly preview of data. Don’t forget that you can ask us to write about a symbol here by leaving a comment on Facebook.