Both gold and the yen, traditional havens, have retreated to a degree this week against various currencies. Shares have mostly resumed their decline over the last few days, with most indices continuing to lose ground so far today. This technical analysis of XAU–USD and GBP–JPY looks at some of the areas that could be important as supports and resistances into next week. 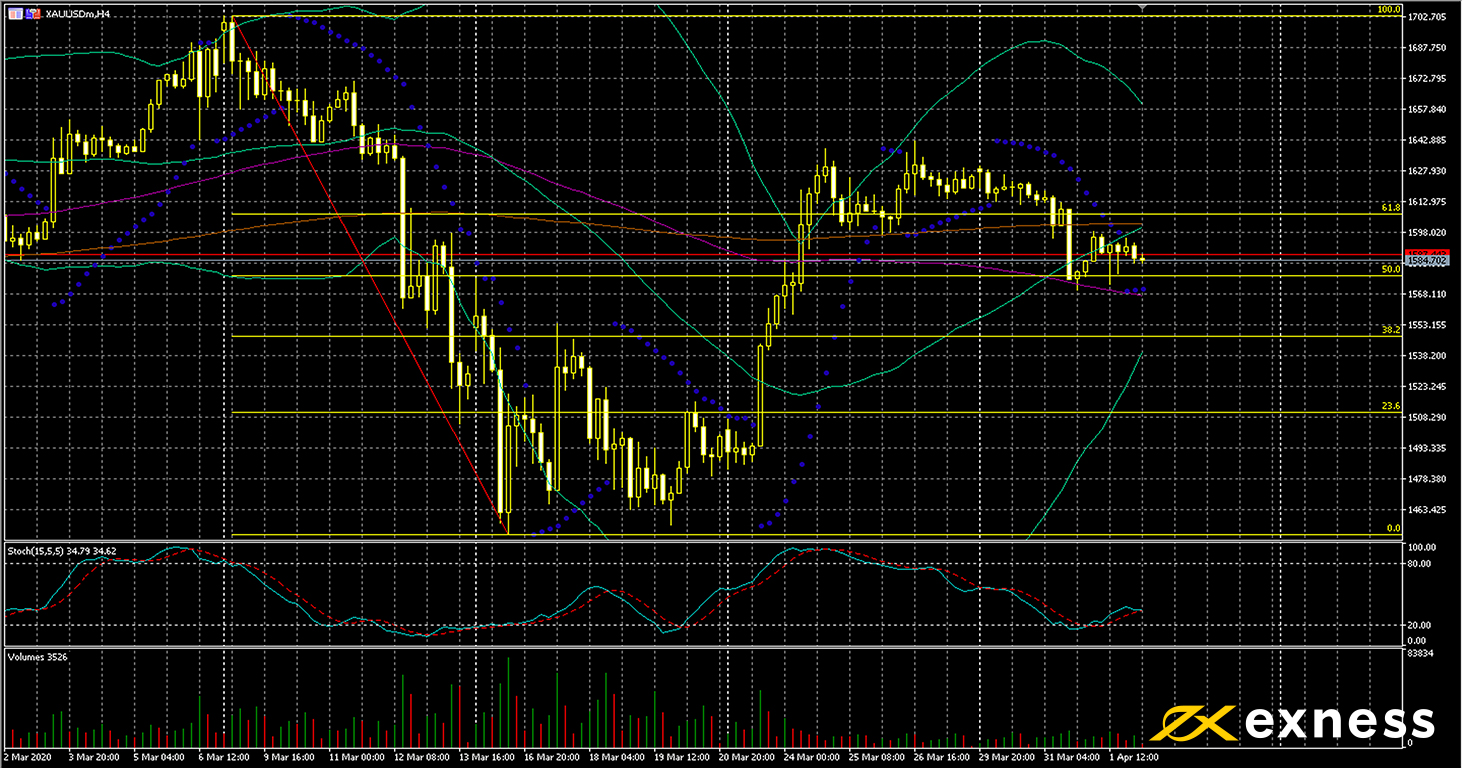 Gold has declined slightly against the dollar this week, moving below the important psychological area of 1600 at the time of writing. Click on the image to magnify. Panic in stock markets has mostly subsided since the end of last week although demand for the yellow metal is set to remain high in the current environment of near-zero interest in various countries. From a fundamental viewpoint, then, one would expect more gains for gold sooner or later.

This seems to be supported by the impression from the four-hour chart of XAU–USD as well. The clearest signal here is probably the golden cross of the 50-period SMA from Bands above the 100 SMA. The former also seems likely to complete a golden cross over the 200 SMA within the next few periods. Bollinger Bands are contracting at the time of writing, which would suggest consolidation. Volume meanwhile remains very low compared with the first half of last month.

There is currently no indication of saturation from either Bollinger Bands (50, 0, 2) or the slow stochastic (15, 5, 5). The stochastic is actually closer to neutral now than oversold. Given recent price action inside the current value area between the two slower SMAs, consolidation does seem likely in the near future.

This view is strengthened by the 61.8% and 50% Fibonacci retracement areas nearly coinciding with these two moving averages. Traders should nonetheless be aware that surprising bad news could give gold a strong boost regardless what TA tells us. 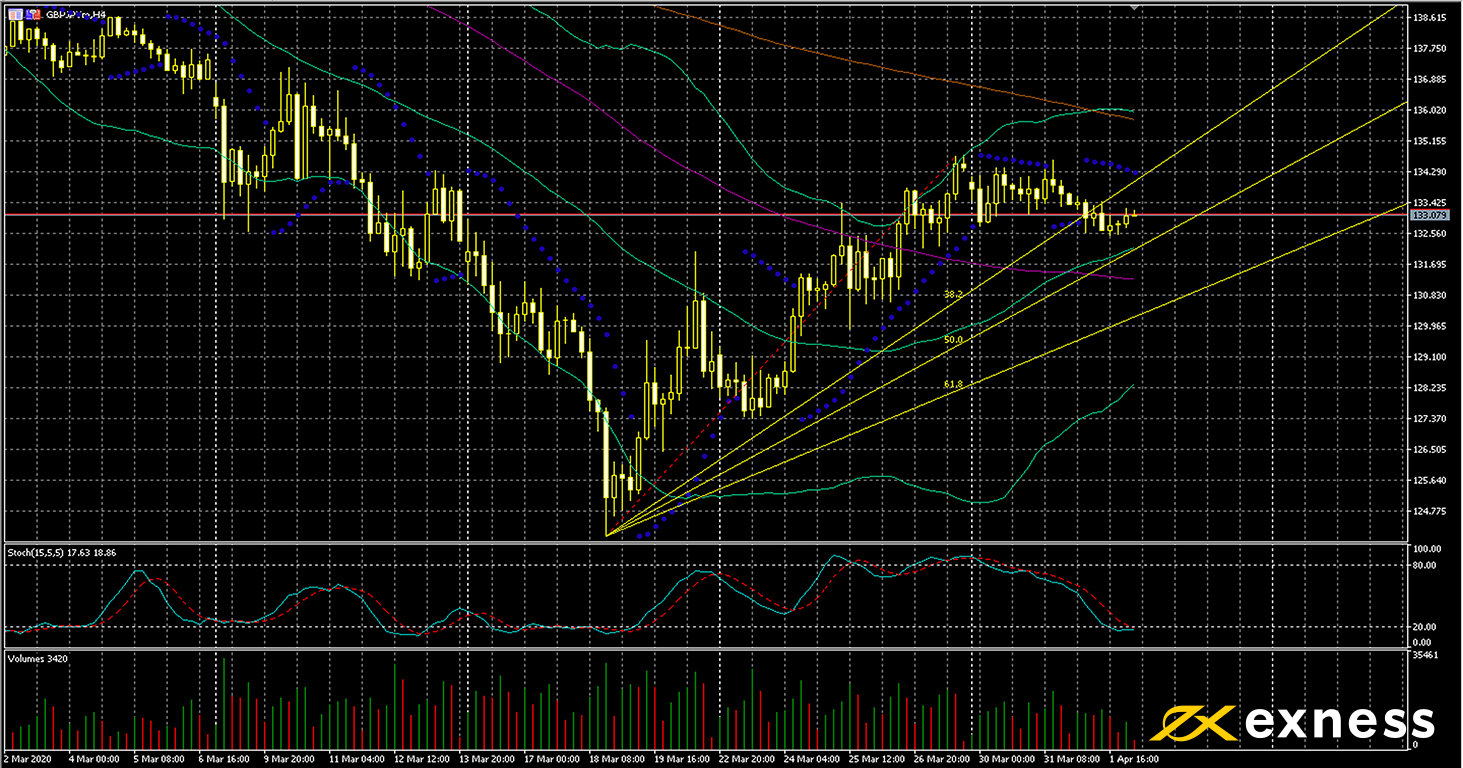 GBP–JPY, known to some in the UK as ‘ninja’, is generally one of the more volatile major pairs most of the time, and recent weeks haven’t been much of an exception. Click on the image to magnify. The additional fundamental factor here compared with other pairs with havens was of course the British government’s initial strategy of ‘mass immunity’ against covid-19, which has now been abandoned amid controversy.

Positivity around the pound though comes from the likelihood that the Brexit transition period will need to be extended beyond the end of the year. A number of senior British and EU politicians, including the PM himself and Michel Barnier, have tested positive for the coronavirus.

125 seems to be a strong support. This psychological area was the source of the current bounce marked with the Fibonacci fan. The second test of the 50 SMA was successful, and since then there hasn’t been any sustained retracement downward on the lower timeframes. The most important area to the downside in the immediate future then is likely to be the confluence of the 50 SMA and the 50% Fibonacci fan. Meanwhile the next hurdle for the bulls is probably the 200 SMA around 135.80.

Similarly to gold-dollar, technicians would typically expect some reluctance to push price out of the value area between the two slower MAs. With the slow stochastic currently printing oversold, though, movement upward towards the 200 SMA seems to be likely within the next few days. That said, a serious test of 135.80 is unfavourable in the immediate future. As with gold, though, anybody trading pound-yen needs to watch the news and monitor stock markets carefully.