Gold has continued to move up this week against the dollar as various countries plan new fiscal policies against the economic effects of covid-19. Nervousness in equity markets today has also given the yellow metal a boost. Meanwhile gold’s underlying fundamentals remain very strong in the environment of near-zero rates around the world and record quantitative easing.

The only clear resistance on the four-hour chart is the latest high around $1,933. A clear break above this could open up $2,000 again. Low support is the latest swing low from September around $1,850; however, areas from moving averages and Fibonacci are likely to be more important as supports in the short term than this relatively distant zone.

Moving averages are mixed. While the 50 SMA from Bands golden crossed the 100 earlier this month, both of these remain below the 200 SMA. However, the price has now moved above all three moving averages. The bunch of the three lines is likely to be an important area of support over the next few days.

There is currently no overbought signal from either Bollinger Bands (50, 0, 2) or the slow stochastic (15, 5, 5) although the latter at 67 is slightly closer to overbought than neutral. Volume so far this week remains consistent with the average in the first half of October.

Despite very eager buying on 8 and 9 October and upward engulfing patterns more recently, there still seems to be some reluctance to push up to a new high. The near-doji from 16.00 GMT yesterday was followed by the current retracement downward. In the event of a retest of the 200 SMA, traders are likely to monitor price action closely for clues on direction ahead of the American election.

The 38.2% zone from the weekly Fibonacci fan has been seen as a trendline over the last few weeks. This important zone of support might withstand testing in the next few weeks as well. It also coincides with the 38.2% daily Fibonacci retracement area and the 200 SMA, so this current zone around $1,900 to $1,920 might become a comfortable range in the absence of a clear change in tone before the election. 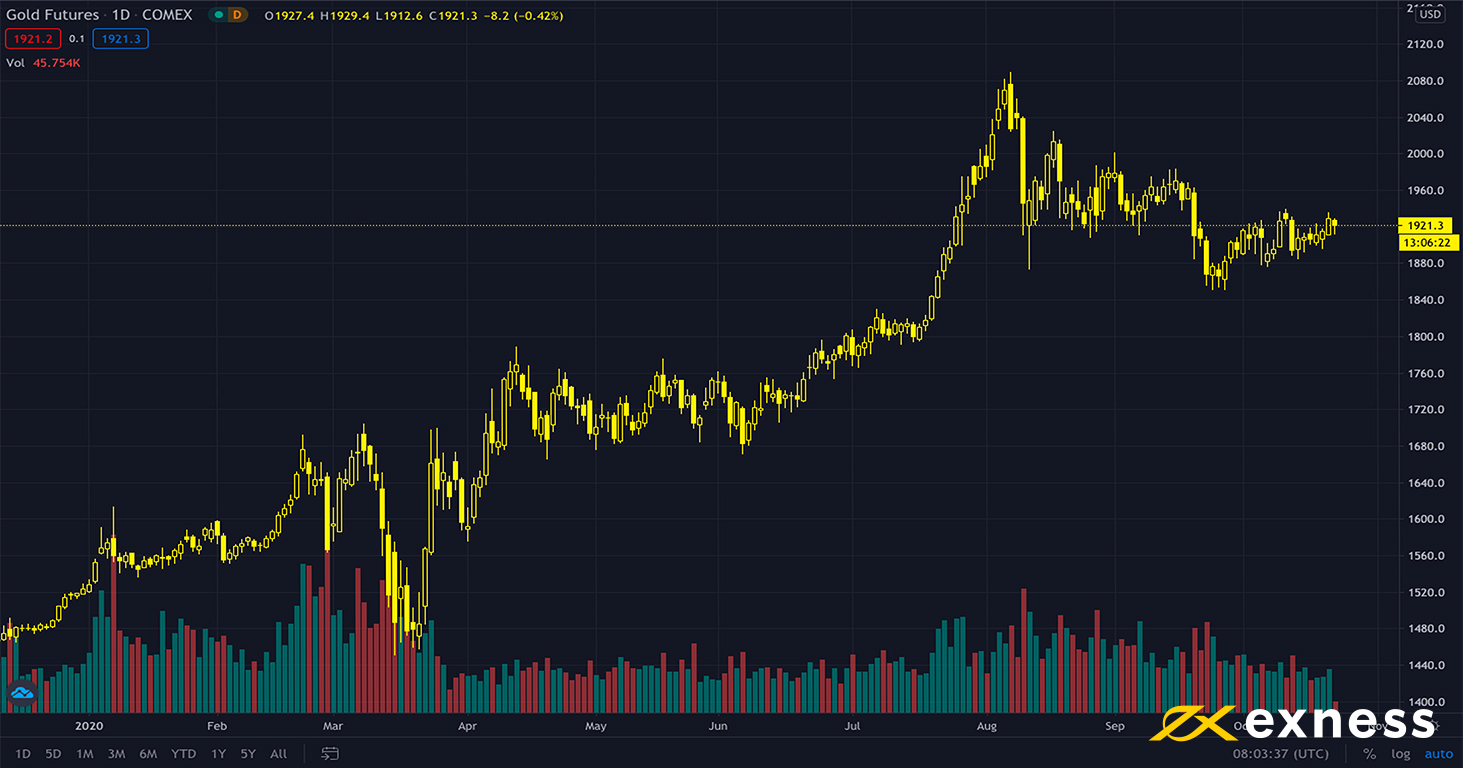 The daily chart of futures on gold (COMEX, continuous with current contract at front) displays basically the same picture as the spot CFD. Volume here has also dropped off since an unusually active August. Comparative stability as traders await the election in two weeks seems to be a possible scenario. 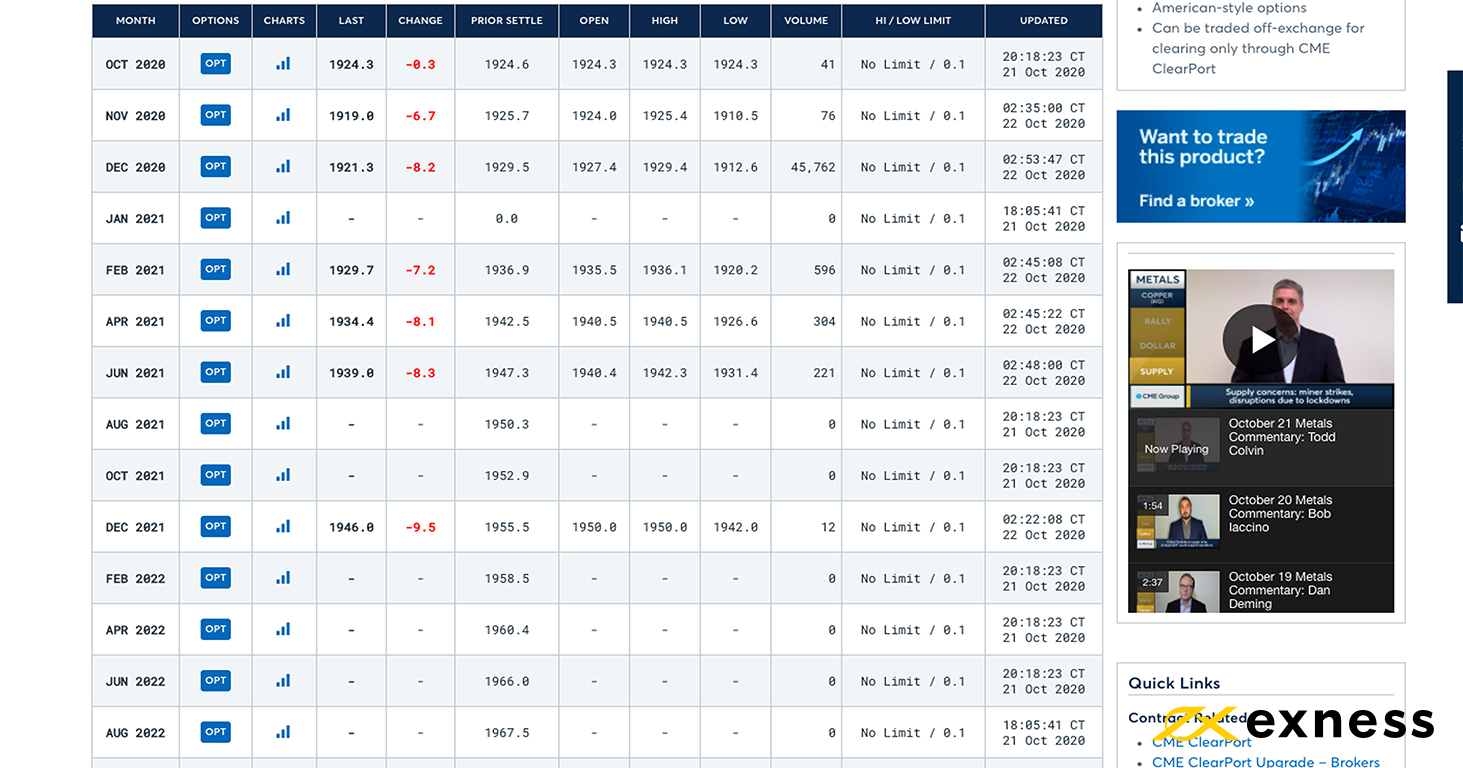 The signal from annual futures is unclear, which is not surprising considering the context of the presidential election in less than two weeks. The only contract with high volume is December’s, currently priced at $1,921.30. This might suggest reluctance of traders to commit ahead of next month’s political news, but we can probably expect a quick reconfiguration of the figures in this table early next month if the result starts to become clear before all postal votes are counted.

The general impression from TA is that gold might continue to move upward overall over the next couple of weeks ahead of the American presidential election. However, the result of this contentious election is very much in doubt. Short-term trading in either direction might remain in focus next week, but traders should be wary of entering new positions to be held past 3 November.

Thank you for reading Exness Education’s technical analysis of XAUUSD! Please join us again next week for our usual preview of data and more analysis. Don’t forget that you can ask us to write about a symbol here by leaving a comment on Facebook.