Gold has declined so far this week as shares around the world have generally made gains. Yesterday’s news that the AstraZeneca/Oxford vaccine for covid-19 is up to 90% effective while being notably easier to produce, store and administer compared with Pfizer’s has also been a negative for havens including gold. Meanwhile last night in the USA the transition of the presidency to Joe Biden began officially, a sign that there might be much less disruption to the process than anticipated. This technical analysis of XAUUSD looks at the four-hour chart.

High resistance here is the latest high around $1,963 reached just before the initial results of the American elections. There is no clear low support on this chart, but the key psychological area of $1,800 below it is likely to be in focus if losses continue this week.

Moving averages reconfigured into presenting a strong sell signal last week as the 50 SMA from Bands death crossed both the 100 and 200. Now all three lines are successively below slower ones and above the price. The most important resistance from moving averages in the short term is the 50 SMA around $1,870.

Both Bollinger Bands (50, 0, 2) and the slow stochastic (15, 5, 5) display clear oversold signals. The latter has levelled off just below 10. Volume remains close to the average for this month so far and fairly closely balanced between buying and selling. This is in contrast with 9 November’s surge in buying.

As of now, we still seem to be dealing with a series of liquidity-based downward movements. The completion of two or three more down candles within the current short wave downward might change this impression. The breakout downward from noon GMT yesterday has been followed up with new lows, so the scope for continuation over the next few days seems to be high, just probably after a pause given the conditions of clear selling saturation.

The weekly Fibonacci fan, somewhat below the bottom of this chart around $1,800, strengthens that area as a support. A bounce might be observed from there if new lows are reached on this chart over the next few days. The 38.2% daily Fibonacci retracement area might be the focus of a consolidation over the next few days despite not having challenged the latest downward wave. 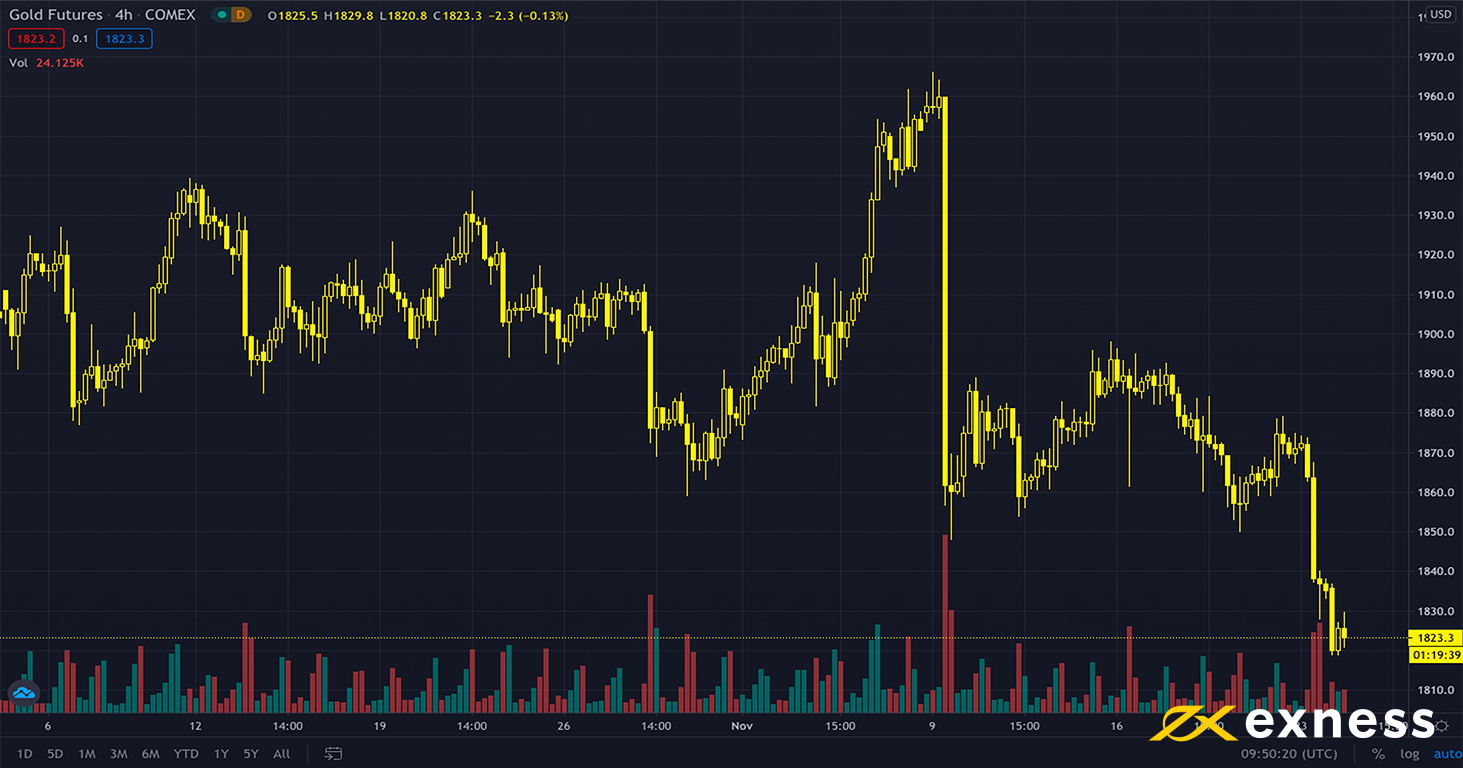 This four-hour chart of futures on gold (COMEX, continuous with current contract at front) is similar in terms of prices to the spot CFD XAUUSD. However, volume is notably divergent. Selling has been much higher for futures and 9 November’s very high buying of the CFD was mirrored by similarly emphatic selling of futures. The current downward movement has also been accompanied by a significant volume of selling for futures as seen in the bottom right of the image. 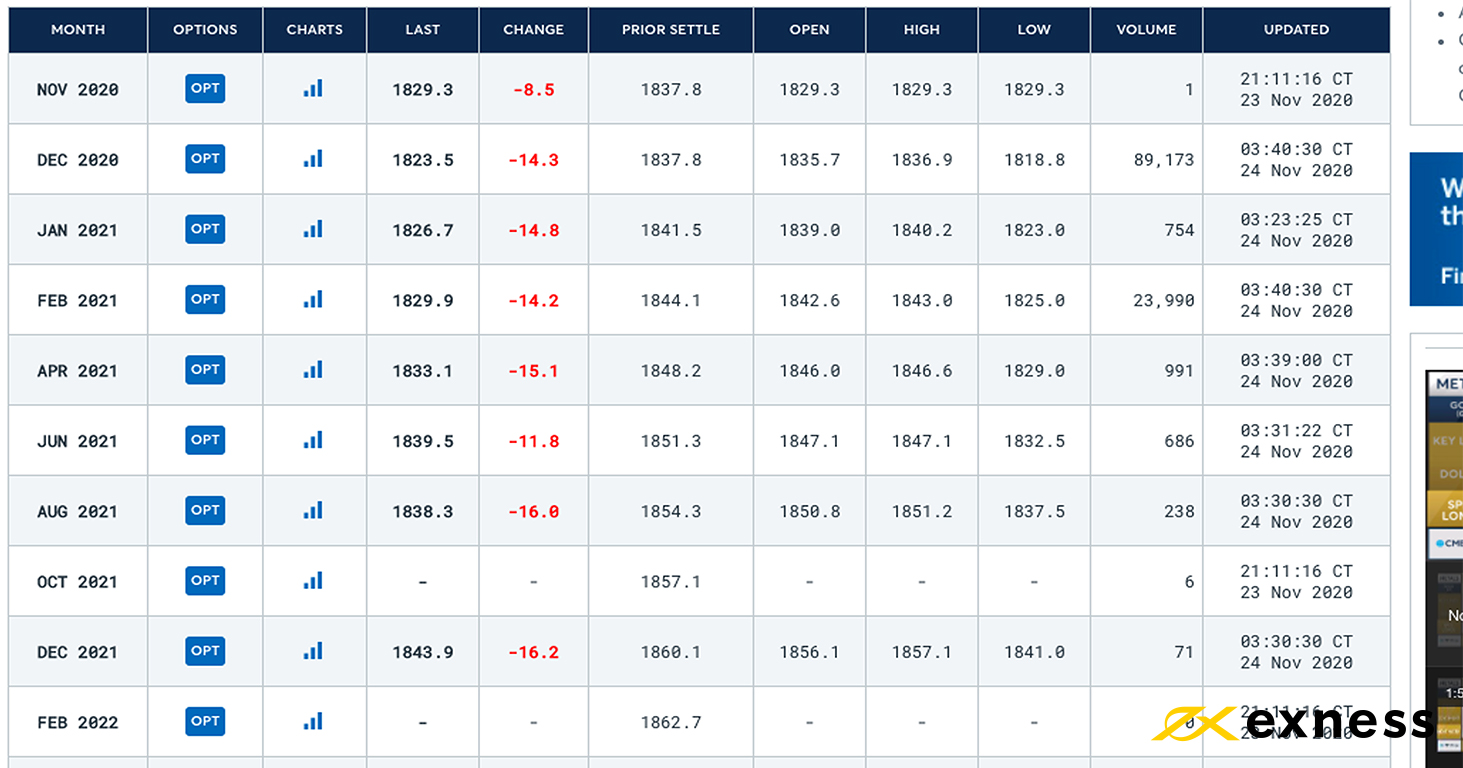 Contracts in the further future are continuing to reconfigure to reflect the latest development, although a small contango of just over 1% remains. Volume for February’s contract has increased significantly over the last fortnight. There still isn’t a clear sell signal here, though.

TA suggests that gold has now established a medium trend downward that might continue over the next couple of weeks. However, there is no sure evidence yet that the main upward trend on the high timeframes has ended. In the absence of any strong support immediately below the price, more but smaller losses seem favourable this week.

Thank you for reading Exness Education’s technical analysis of XAUUSD! Please join us on Thursday and again next week for more analysis. You can also request any symbol you wish to read about simply by commenting below one of Exness’ analytical posts on Facebook.