Weekly data: trade and the NFP in view

Weekly data: trade and the NFP in view

Major stock markets around the world started the week carefully, with many participants in markets continuing to digest the shift of focus away from inflation and back to economic recovery. This preview of weekly data looks at the releases to affect AUDUSD and CADJPY ahead of balance of trade and Friday’s NFP.

The main news from central banks last week was the Bank of England’s caution over tightening of policy. The BoE stressed that clear evidence of significant progress towards reducing spare capacity and reaching the 2% target for inflation is required before any timeline for reducing QE might be drawn up. Meanwhile the Banco de Mexico raised its benchmark rate a quarter of a percent to 4.25%. This week is inactive in terms of monetary policy, with no significant central banks due to meet.

The main event this week is the NFP, this being the first Friday of the month, which is likely as usual to drive significant movements on many charts. Apart from this, traders are also looking ahead to balance of trade from Australia, Canada and the USA plus Caixin manufacturing PMI. 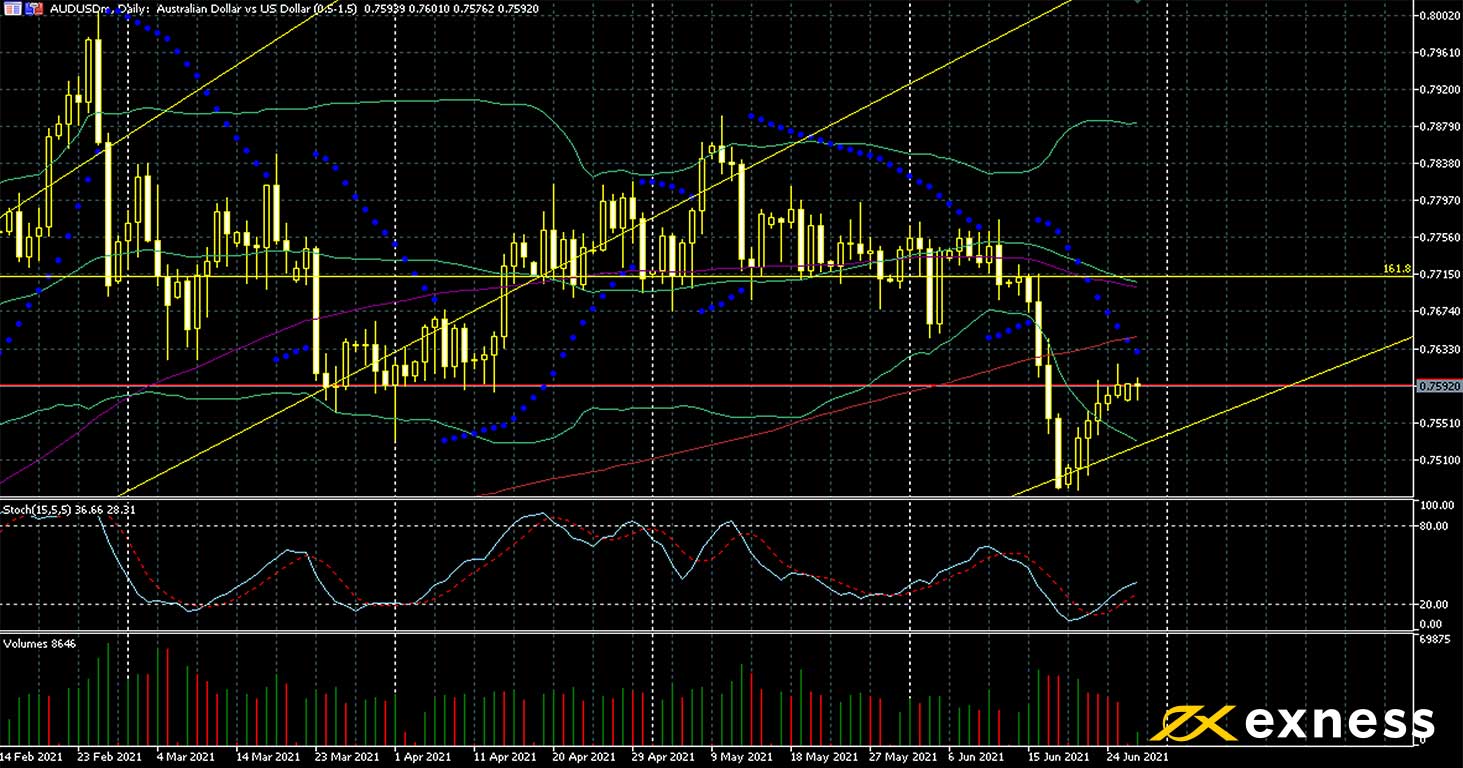 The Aussie dollar has recovered somewhat against its American counterpart since last week as sellers’ initial enthusiasm has worn off and most industrial commodities, Australia’s key exports, remain close to record highs. Sales of iron ore from Australia to China surged 20% in May, while Australian recovery measured by GDP growth remains quite strong.

Although the main technical reference around the 161.8% weekly Fibonacci retracement area has been broken to the downside, the 61.8% zone of the weekly Fibo fan is still in view as a potentially strong support. Moving averages are still mixed this week and starting to reconfigure to a sell signal, with the 50 SMA from Bands about to death cross the 100. Selling volume has clearly dominated buying over the last several days of trading.

Aussie balance of trade in the wee hours of Thursday is the first critical release for AUDUSD this week, with the NFP on Friday likely to generate strong movement here at least in the short term. Activity might be quite muted in the next couple of days as the important data approach and traders also look ahead to the Reserve Bank of Australia’s meeting next week, but a resumption of losses seems to be favourable based purely on TA. 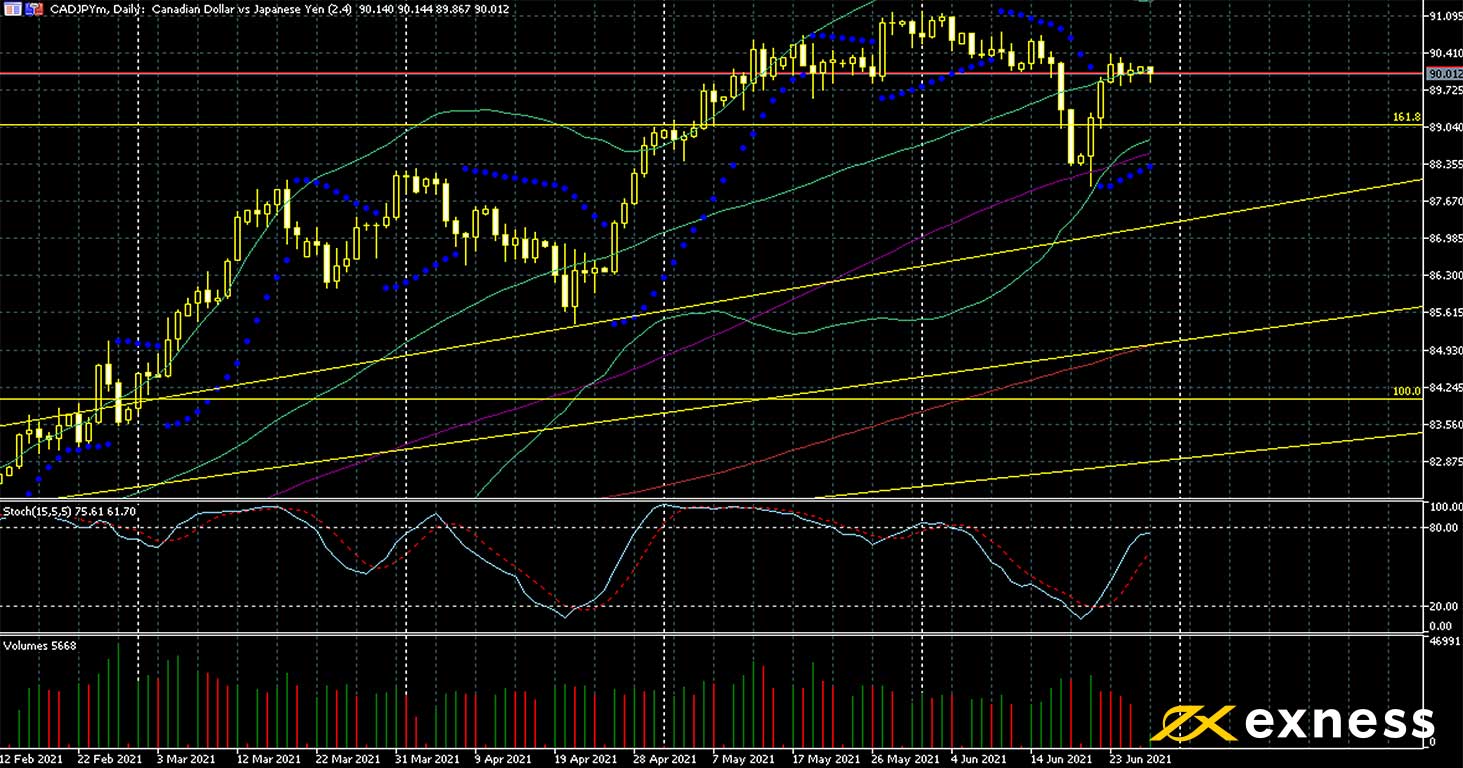 The loonie has generally held its strength in most of its pairs over the last few weeks as oil has made gains and data from Canada have been decent on the whole. Risk appetite is generally quite high considering the circumstances as markets look forward to covid cases continuing to drop significantly in the second half of the year; CADJPY is a notable symbol that usually stands to gain in such circumstances.

Moving averages continue to give a fairly strong buy signal but price has been reluctant over the last few days to break clearly back above the 50 SMA from Bands. As elsewhere, the 161.8% weekly Fibonacci retracement based on events in March 2020 remains the key technical reference from which a bounce might be expected. Activity is likely to increase significantly for this symbol around Canadian GDP data and balance of trade on Wednesday and Friday respectively, but tonight’s Japanese releases could also drive movement.

Thank you for reading Exness Education’s preview of weekly data! Please join us again later in the week for more analysis and summaries of recent key reports.