Markets have generally started the week with strength as most Asian and European indices have made gains this morning GMT. Stock markets have mostly discounted the latest rise in cases of covid-19 as investors await the start of earnings season. Today’s weekly data preview takes a closer look at USDJPY, GBPAUD and EURCAD.

The only significant data this morning was on German wholesale prices. Both the monthly and annual figures showed improvement, backing up this morning’s report by the German economic ministry which concludes that the trough has passed. The PBoC also announced on Friday that as of this morning it will begin to put an extra ¥50 billion into the economy this month with reverse repos. However, not much more stimulus is planned in China for the moment.

Central banks will be fairly active this week, with both the Bank of Canada and the European Central Bank meeting on Wednesday and Thursday respectively. No change to rates is likely but as usual the focus will be on quantitative easing and future possibilities for its trajectory. The National Bank of Poland also meets tomorrow.

This week’s most important economic data is claimant count change which unusually is released on Thursday. Other key releases include Chinese GDP growth, British and American inflation, ZEW sentiment and confidence and employment data from Australia. The number of important releases suggests that forex markets might be more volatile this week than they generally have over the past month. 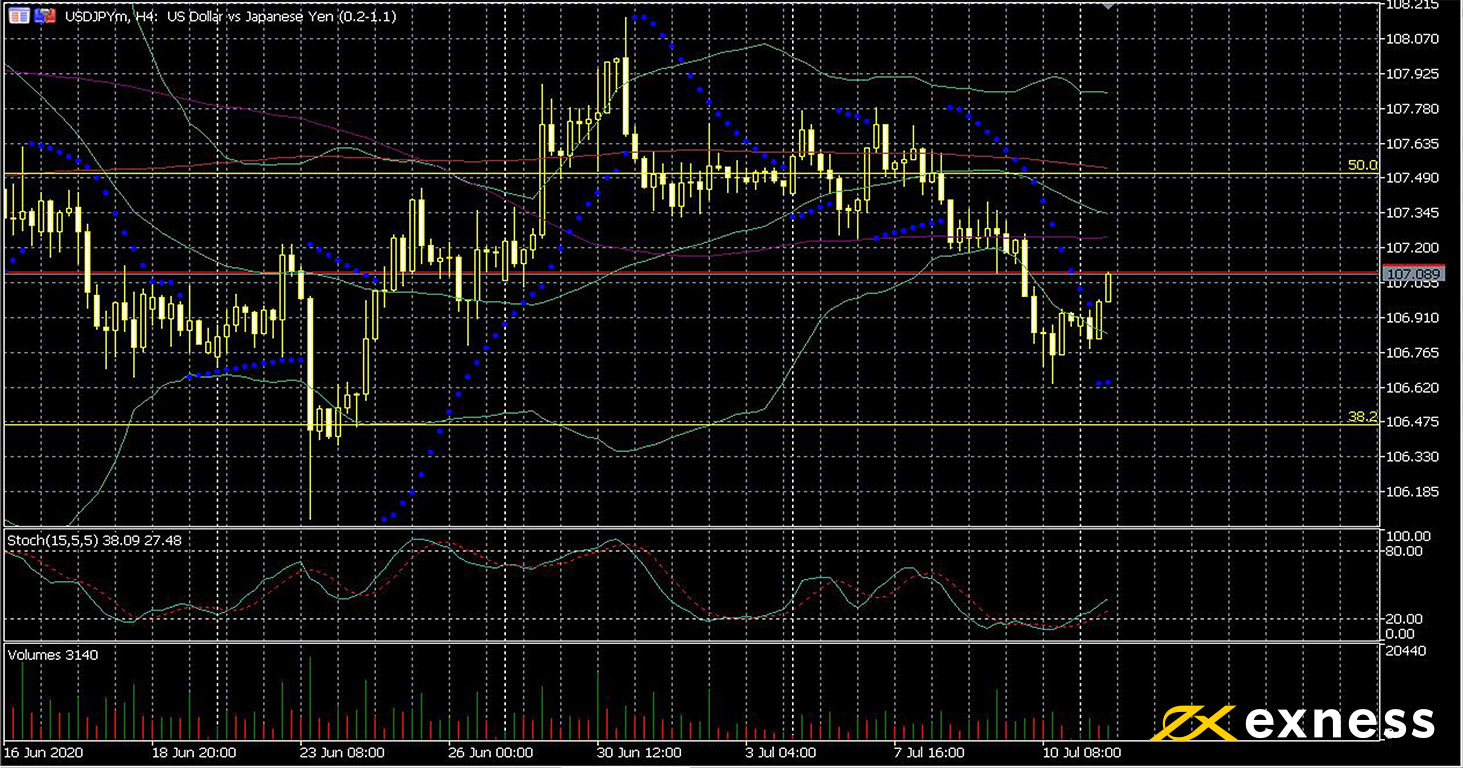 The yen has weakened somewhat so far today as stock markets have posted gains and covid-related risk has mostly been shrugged off. A positive earnings season seems to be expected in the USA, with many companies predicting better results than initially expected. Pepsico kicked the season off this morning with revenue of $15.95 billion for Q2, beating the expectation of $15.37 billion. Unrest in the USA has almost completely moved out of focus for traders, but corona cases remain in view. A bigger uptick over the next few days could dent the dollar’s fragile fundamentals.

Based on recent events on the chart, a sustained upward movement over several days doesn’t seem very likely. The value area between the 100 and 200 SMAs isn’t far above the current price and might be a barrier to ongoing gains. Volume remains low so far this week. The current phase of gains seems to be forming a three soldiers here, which if completed could suggest ongoing strength if fundamentals remain fairly constant and price can break through ¥107.50. The key release tomorrow is American inflation, but traders will also be watching the BoJ’s meeting and American retail sales later in the week. 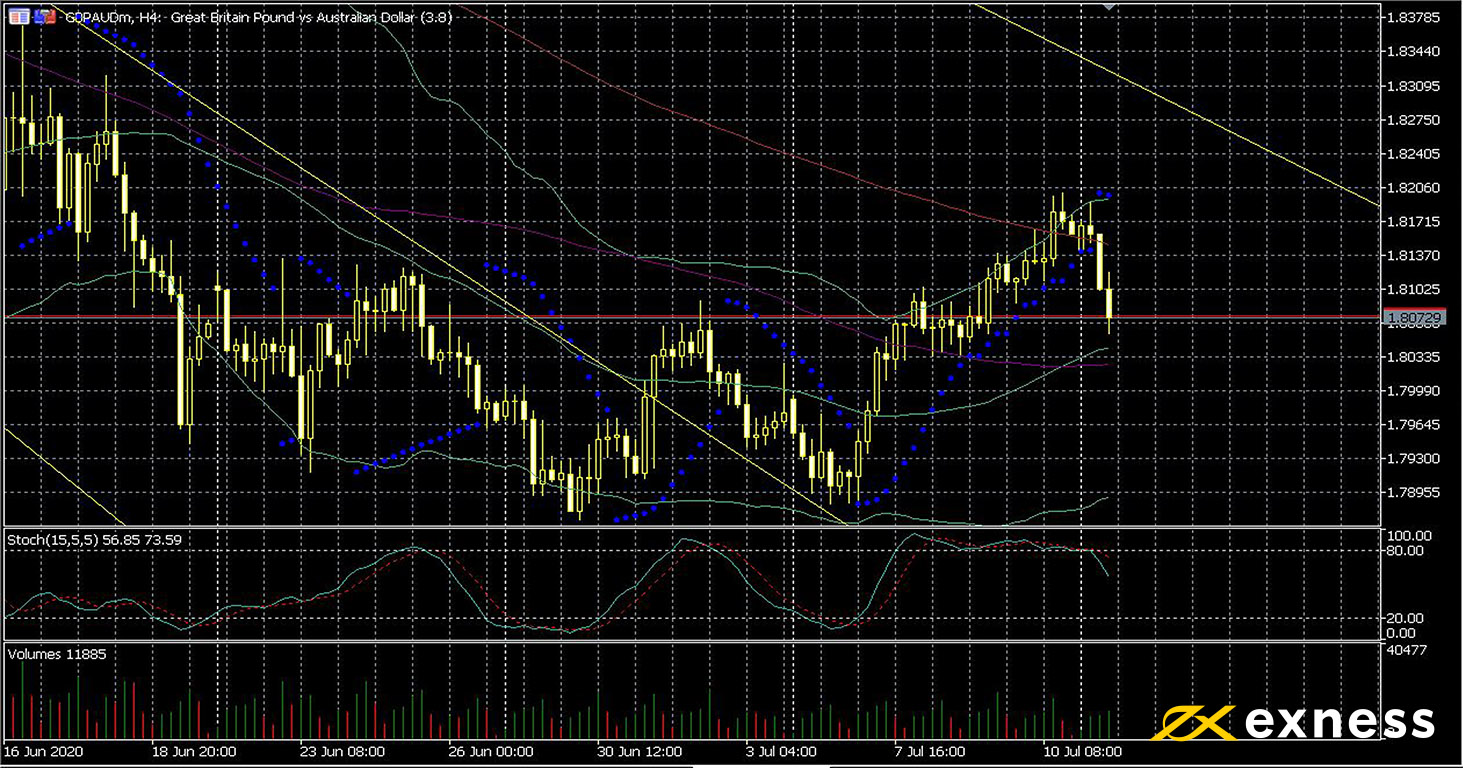 GBPAUD has started to lose ground again this week as Australia’s economy continues to recover much better than the UK’s. Conditions in commodity markets are also favourable for Australia, with copper in particular reaching a two-year high today of US$2.98/lb amid miners’ strikes in Chile. Tianjin 63.5% iron ore is also at an annual high around US$106/tonne. In general, the resumption of manufacturing growth in China has been a key fundamental factor in support of Australia’s main exports.

From the technical point of view, the latest movement looks like a ‘dead cat’ bounce and more losses seem likely. The rejection from the area of the 200 SMA came fairly quickly. On the other hand, the current value area between this and the 100 SMA might become a new range as markets await important data this week.

The unusually large amount of releases affecting GBPAUD this week means that traders should prepare for the possibility of significantly higher volatility. Short-term opportunities in both directions look likely ahead of the crucial Australian job data and claimant count change on Thursday. 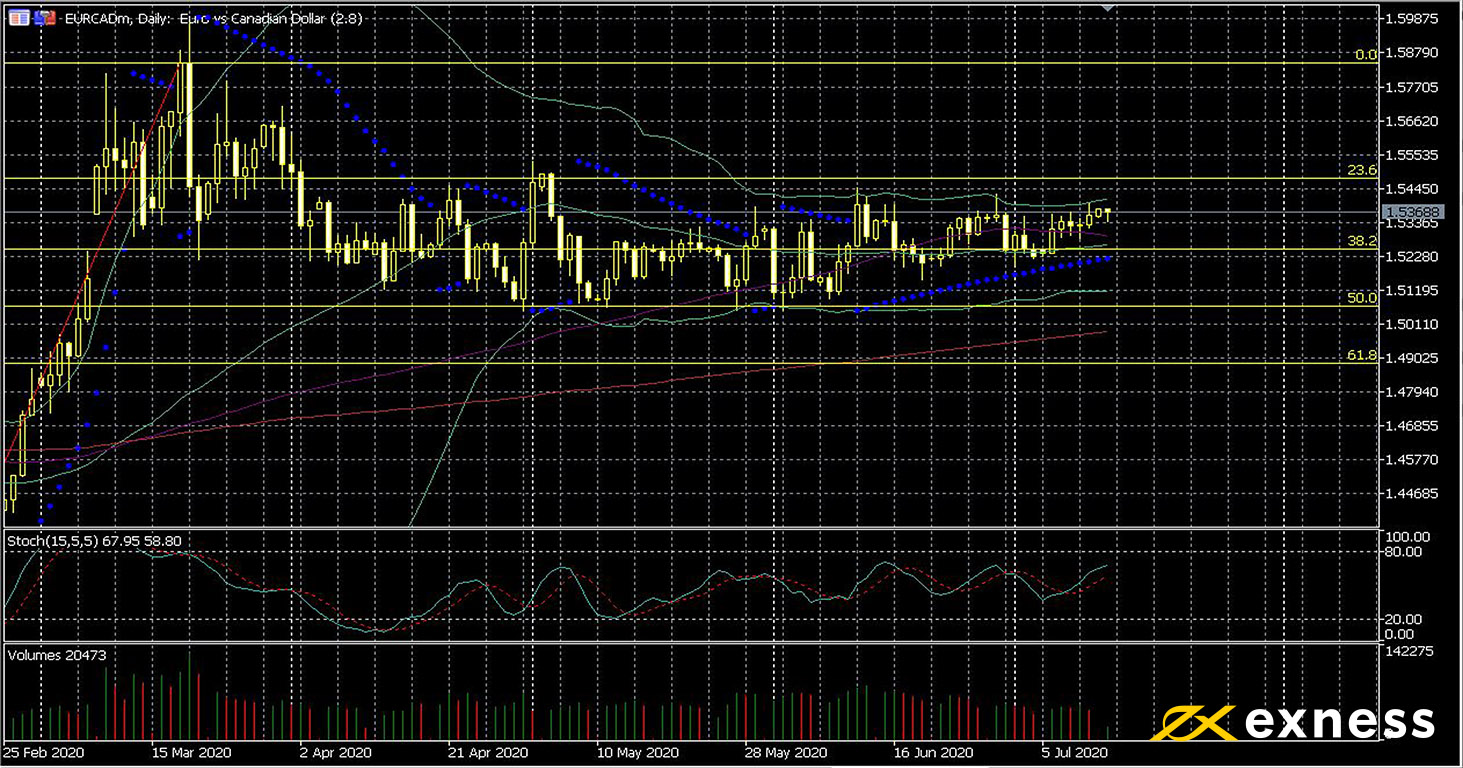 The euro has stayed basically flat on the dailies against the loonie since the second half of April. Oil’s gains over the last two months have given fairly strong fundamental support to CAD. Equally, though, data from the EU and particularly Germany hasn’t generally been as weak as expected over the same period. This morning’s news that Germany’s government thinks the worst is definitely over hasn’t given the euro much of a boost: most participants will probably be waiting for the crucial meetings of both central banks this week before committing themselves.

TA shows us an obvious channel between the 23.6% and 50% daily Fibonacci retracements. With no serious attempt to break through either of these, Bollinger Bands (50, 0, 2) have contracted sharply since April. Price remains above all three of the 50, 100 and 200 SMAs, so a bit more upward movement might be possible this week. Any breakout might be expected to continue given that the BoC and ECB are usually strong catalysts.