Most indices have started the week lower as China reported a new outbreak of covid-19 in Beijing. Cases in Japan and the USA have also increased over the weekend. All major European indices were down at least 2% at this morning’s open, and crude oil also posted losses in early trading. Exness Education’s weekly data preview today looks more closely at Brent, euro-pound and dollar-yen’s key releases this week.

The Fed was the major central bank to meet last week, announcing that it’ll continue to buy Treasuries and other securities at around the same pace over the next few months. Dr Powell stressed that the Fed is ready to use all its tools to support the American economy. GDP in the USA is projected to fall by as much as 6.5% this year.

This week sees a large number of central banks meeting. The BoJ and the National Bank of Poland are tomorrow, then on Thursday there’s the SNB, Norges Bank and BoE. The CBRF caps off the week on Friday afternoon and is the only one expected to make a change, with a cut of Russia’s key rate to 5% viewed as likely.

The key regular data this week is tomorrow’s claimant count change. Traders will also be monitoring British, German and Canadian inflation on Wednesday plus the Japanese figure late on Thursday night GMT. 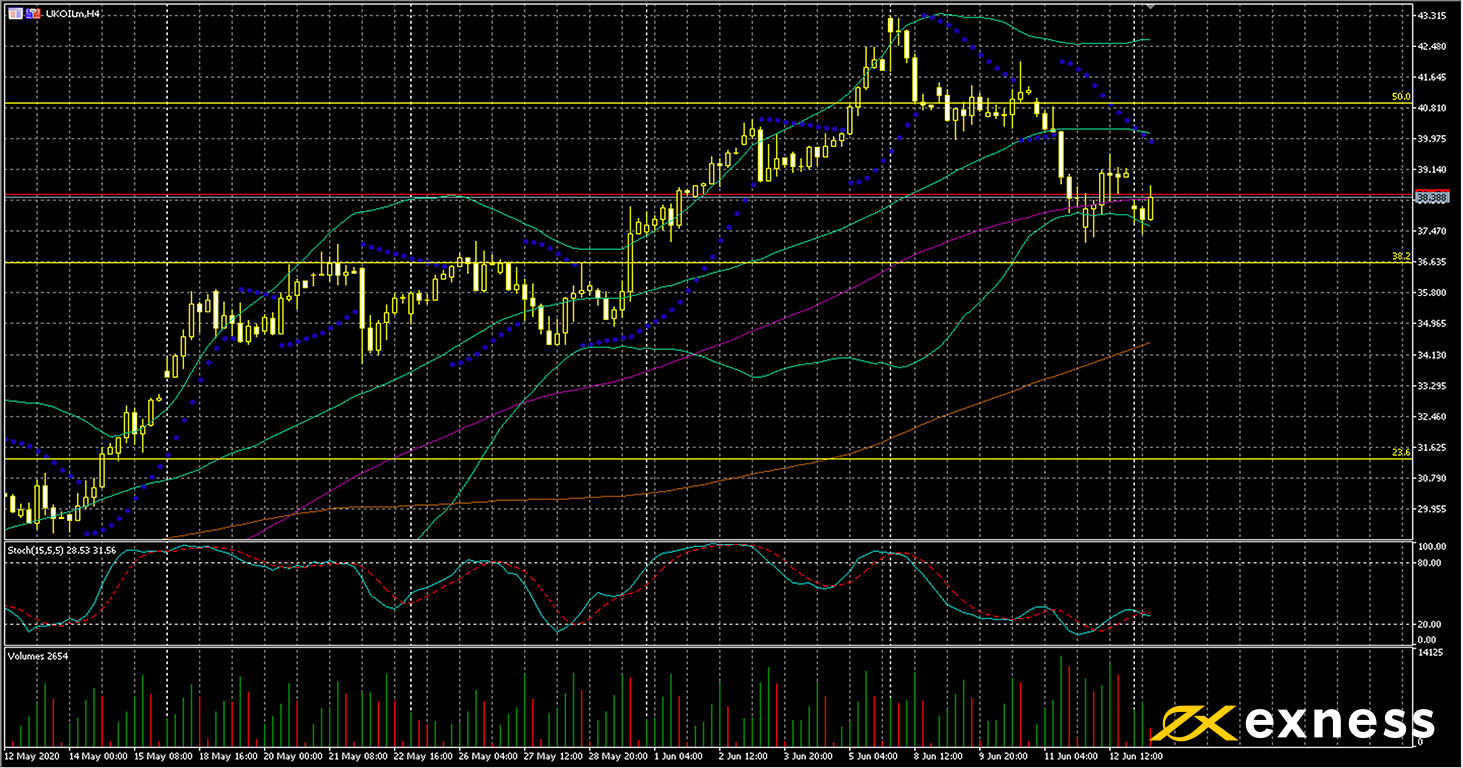 Both of the main benchmarks for crude oil have retraced somewhat since last week. This seems to be a function of both technical conditions of overbought and recent fundamental events as shares have also pulled back and fear in markets has increased. So far, there isn’t much indication of a deeper retracement this week. Chinese annual industrial production in the early morning was very slightly disappointing but still 4.4% growth at this stage is a decent figure as far as the outlook for oil is concerned.

Moving averages continue to print a buy signal here and buying volume remains quite high compared with last month’s averages, so a retest of the latest high seems to be favourable sooner or later based purely on TA. This week’s regular data could give traders more information, but stock markets and China’s latest outbreak of covid will probably remain front and centre until Wednesday afternoon. 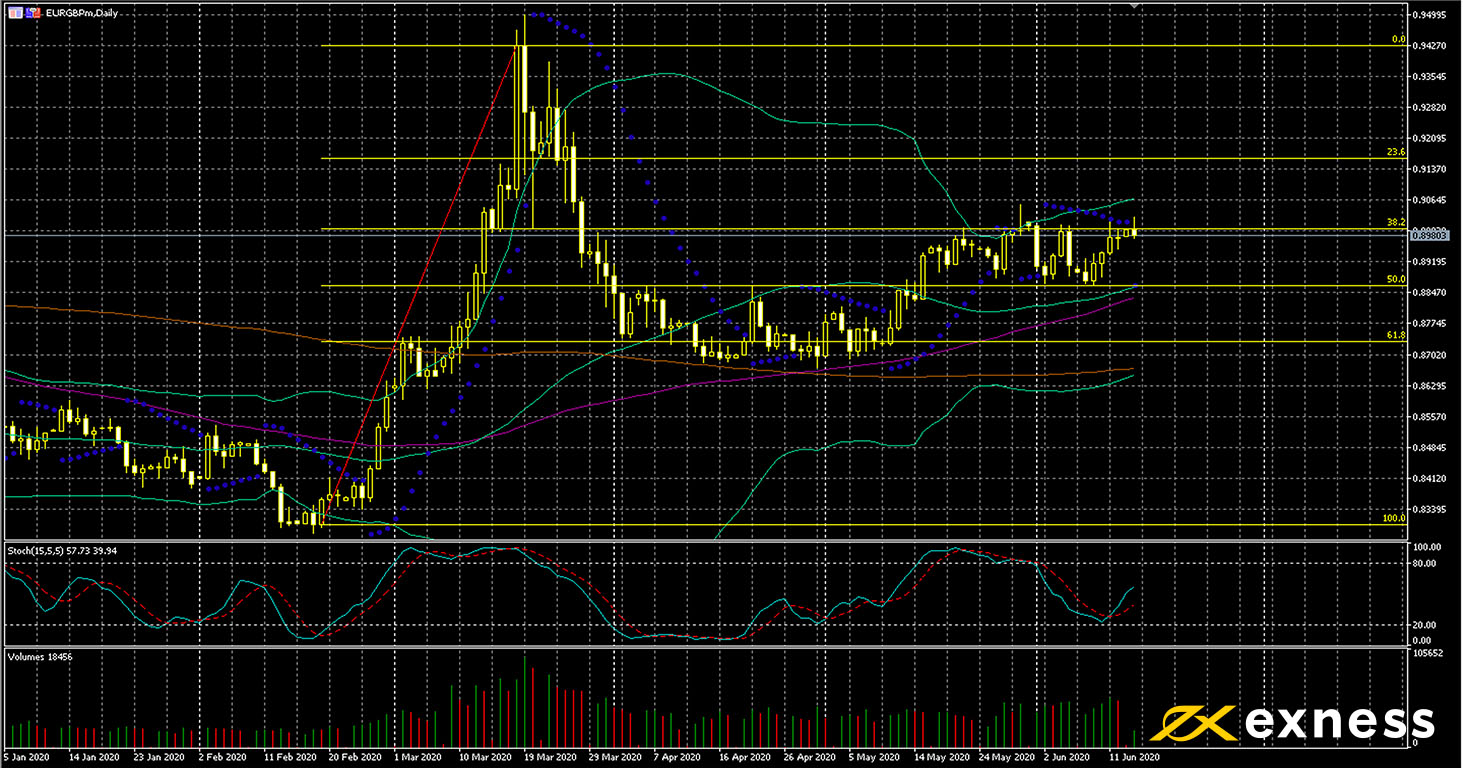 EURGBP has basically been directionless so far this month on the daily chart although volatility has been a bit higher than in April. The trajectory of covid-19 infections in the UK appears to be somewhat similar to Spain and Italy, so traders seem to expect significant improvement over the next few weeks. Meanwhile the British government continues to insist that it won’t apply for any extension to the Brexit transition period.

From a technical perspective, there appears to be a strong resistance around the 38.2% Fibonacci retracement area. This zone has withstood three tests since mid-May. Moving averages continue to indicate a buy signal, though, so any retracement downward on the lower timeframes might have limited potential over the next few days. Fundamentals are likely to be more in focus this week. Apart from crucial job data from the UK tomorrow, the BoE’s meeting on Thursday could also bring more direction to this symbol. 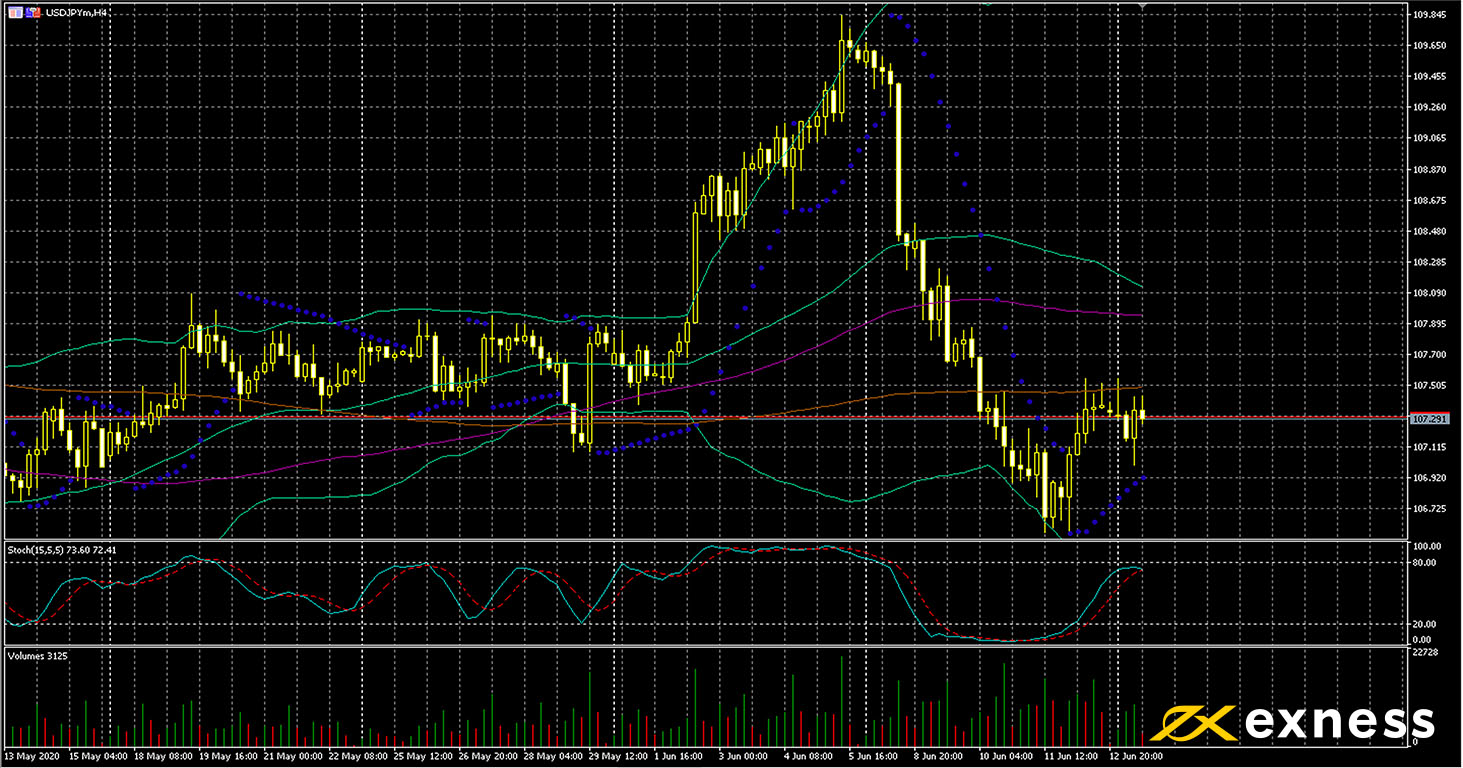 USDJPY is usually one of the most affected symbols by volatility in stock markets, and the past fortnight has been no exception to this. Strong gains came in the first week of June as USTEC posted new record highs and other indices generally made gains, but losses occurred last week as all significant indices around the world retreated from their latest highs, in some cases quite sharply.

The extent of last week’s reversal seems to be excessive based on TA. Price is now below all three of the 50, 100 and 200 SMAs and the first two are likely to death cross within the next few days. Buying volume though remains very high compared with the average in May. There’s a number of important releases from Japan this week plus American retail sales that might drive a clearer direction in the short term. Buyers though should watch out for saturation given that the slow stochastic currently reads 74, very close to overbought.

Thank you for reading Exness Education’s weekly data preview! Join us again throughout the week for more analysis of active instruments.